Isuzu C201 diesel for use in power generator?

Page 2 of 2
by pbknowles
Oh, a couple more things relative to glenlloyd's original post...the C201 seems to be a really nice little unit, the governor is rock steady and only droops about 2-3 HZ when you throw a load at it. If you get a chance to get one though, try to get it as complete as possible. I got this one from a trucking company that had phased out Thermo King. It was a rebuilt unit but was missing the starter, injector fuel return manifold, air filter and other little stuff like flywheel bolts that were hard to source. Get one that is as complete as possible!
by glenlloyd
Thanks for all the info, I'm looking forward to more pictures!

I happened to notice a couple of these Isuzu thermoking units at a local salvage yard. They probably came from a totalled refrig trailer. I think they're complete although they've been sitting for a while. One turned by hand the other might be locked up, I couldn't get a good enough grip or it just wouldn't turn. The mounting base / oil pan assembly looked like a good thing and I figured with two of them there would surely be enough parts to make a complete one and have spares.

steve a
by redmondjp
Gee whiz, I totally forgot about diesel air intake noise, but yes, this is a big deal--one only has to look at 1970s-80s GM diesels in the boneyards to see what complex air intake systems (with resonant chambers, etc) they used to minimize the noise, esp. in the passenger cars.

While on the topic of generator noise, I came across this Craigslist listing for a portable generator enclosure:

Now from the picture, I can only see one small (approx. 6" x 12") louvered vent in the end of the box. Maybe there is one other one on the side not shown. Their isn't on either the top or front opening sides.

If you want to burn up your engine/generator really quick, this is a good way to do it. That's assuming it will even run for very long, as small gasoline engines are gross polluters and will quickly fill that enclosure with exhaust. It will quickly heat up the inside of the box to levels that the generator was never meant to withstand.

This seems like a great idea, but I would consider it mostly a locking storage box, not a sound enclosure.
by philip

redmondjp wrote:Gee whiz, I totally forgot about diesel air intake noise, but yes, this is a big deal--one only has to look at 1970s-80s GM diesels in the boneyards to see what complex air intake systems (with resonant chambers, etc) they used to minimize the noise, esp. in the passenger cars.SNIP

Ah but the SD2x when equipped with the inline IP has no such elaborate intake drone silencing. The air throttle does an abmirable job of this. After I installed a washable filter in place of the OEM paper air filter and its housing, the only time I detect more intake drone is at full throttle with the RPM way up.

by pbknowles
I have uploaded more pics of the generator plus a couple other projects to: http://pbknowles.shutterfly.com In one you can see a six port fuel selector valve. Keen eyes might detect that this valve is installed downstream of the lift pump. Please note that this particular valve, from a mid 80's Ford diesel with two tanks, will not work like this. It must be on the suction side of the lift pump. Pressure from the lift pump overcomes the internal spring. If you are trying to run "alternative" fuels you end up with an unknown cocktail going to the engine and both tanks! Another lesson learned......Glenlloyd, since you are fairly close by, if your boneyard Isuzu's don't work out I would sell this one for the same as I paid for it as I am seriously leaning toward the listeroid. The SD22 pics are self explanatory. Yes, I copied Galen's color scheme, imitation is the sincerest form of flattery. Since I live in the rust belt the silver on mine is epoxy primer and paint, not polish. The other pics are of my TR7 with Range Rover aluminum V8 installed. Am off to Chicago so will be off-line for a few days,
PK
by asavage

Speaking of HP, what is the minimum HP required to spin a gen head like this, and what's really the best choice for powering one? I'd be more inclined to power it with a VW 1.6D engine because of parts availability if the 52 hp will do the job.

glenlloyd wrote:Speaking of HP, what is the minimum HP required to spin a gen head like this . . .

Rule of thumb is two HP per Kw. I can even quote Onan on that one

. . . and what's really the best choice for powering one? I'd be more inclined to power it with a VW 1.6D engine because of parts availability if the 52 hp will do the job.

Lots of folks have used the VW 1.6D for gensets. The two I've seen are direct-coupled. Commonly-available genheads are two-pole (3600 RPM) or four-pole (1800). The VW makes its torque fairly high. I have some pics of a VW diesel belt-driving a genhead in this post from last March.

by glenlloyd
I recall that post well because I always wondered why they felt they needed to position the radiator/fan out in front where it would make changing the TB more difficult. Since both cooling connections exit on the side of the motor it would have been easier to locate the radiator in proximity to the outlets and use the stock hoses from the transverse mount setup.

Anyway, it's inspiring to see people build these from the ground up.

steve a
by asavage
While a from-scratch project has its appeal, every once in a while I run across something like this:

Isuzu 8000 watt generator with arc welder on pull behind trailer. Generator stopped working. Diesel engine starts and runs like it was new with electric start. 3 cyclinder diesel engine. kfifield @whidbey.net 500.00 firm. Engine alone is worth alot more. I had generator repaired once. Wire shorted. Don't have the time to work on it anymore. Unit is mounted to trailer. Typical bumper pull trailer.

From a monetary perspective, it's hard to beat something like this.
by glenlloyd
You can't walk away from that, at least I wouldn't, not with the welding equip. included.

steve a
by asavage
Sold already.
by glenlloyd
That's a bummer, someone got a very tasty deal! Items like that don't come up very often here...and when they do they're gone instantly. I spotted a 1995 Dodge 2500 turbo diesel for $1800....of course it was the day after the listing was posted...gone already.
by davehoos
Interesting unit in at work.semi trailer transporting live day old chickens..made in holland.

had to use a ladder inside the unit to reach site glass. 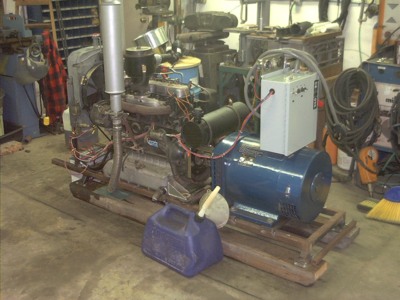 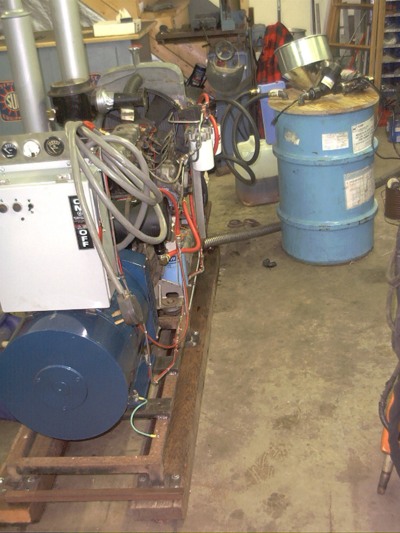 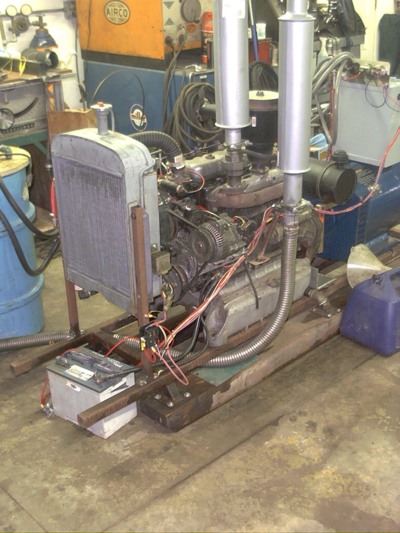 Please send more pictures. I have a short shaft but I want to see your before I set mine up. Thanks.
All times are UTC-07:00
Page 2 of 2
Powered by phpBB® Forum Software © phpBB Limited
https://www.phpbb.com/