Hi guys I'm new to this group. My Dad bough this 1981 king cab new. It has the SD22 engine in it and is in good shape overall. Starts every time.

I drove it up from Bend Oregon to Seattle and made it by the skin of my teeth. It had been sitting for a while and so I threw an oil change and filter, some new wipers and filled the tires up and went for it.

A month later in Seattle I notice steam coming out from under the hood and pop it open to see a drip drip drip coming from the studs that hold the oil cooler to the block. I'd love to rebuild the oil cooler but it seems no one stocks parts for these. Has anyone else rebuilt one or at least replaced the gaskets? If so what did you use and where did you get your parts?
I suppose I could just use a liquid gasket or cut some but the bolts look like they have o-rings or some sort of thermal washer?

Any help would be appreciated.
Top

There is not a lot to this oil cooling system, I believe my gasket set had the gaskets for this when I rebuilt my SD22 engine 8/9 years ago.
The 2 holes in the middle are where the oil goes in and out. 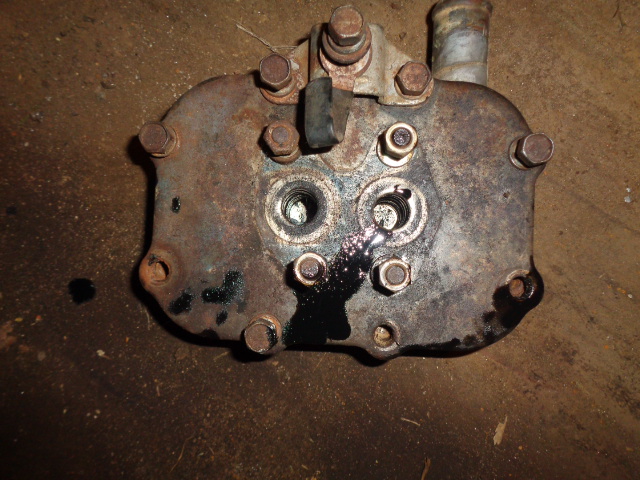 The inside, maybe it can be cleaned. 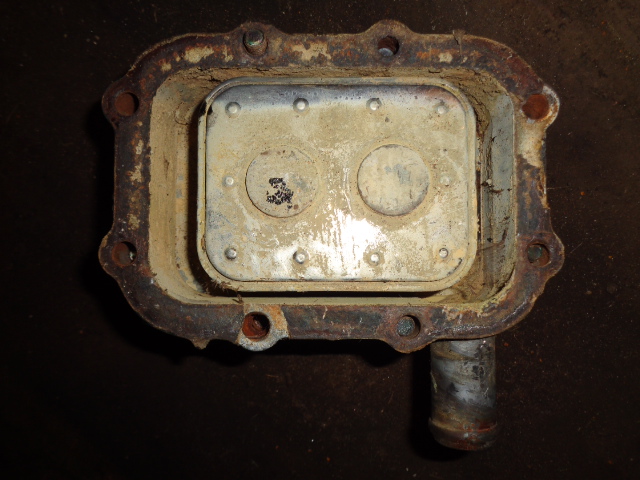 The inside at an angle, it has fins. 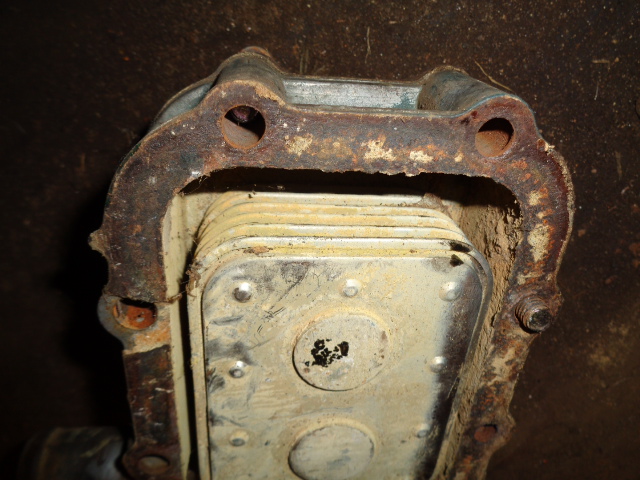 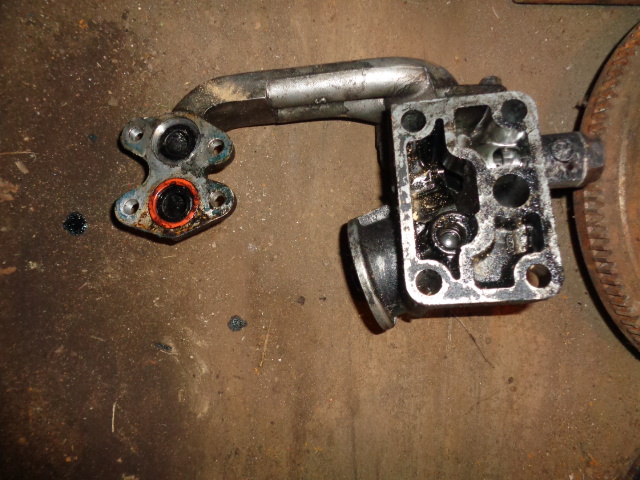 You can see in this photo that there are O-rings that go here, one is missing. 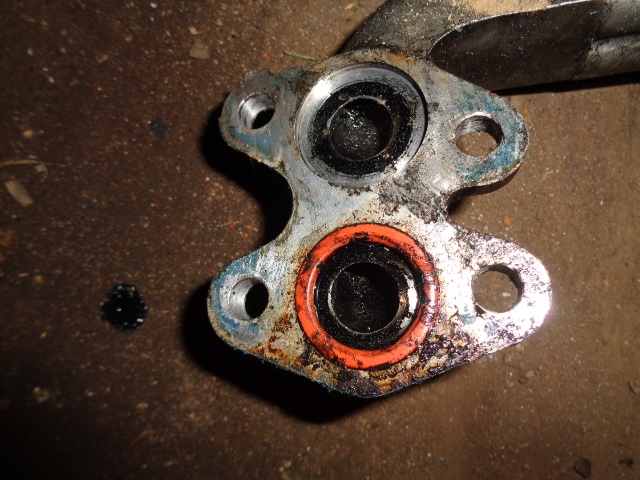 Have you tried tightening all the oil cooler bolts?
Are you sure it is not the hose above that is leaking onto the oil cooler housing rather than the oil cooler housing leaking?
I have had that hose above the oil cooler leak before and had steam coming out from under the hood, I would guess this hose leaking rather than the oil cooler housing leaking, but I am not there to see the issue, normally I would start it up in my driveway with the radiator full and the hood up, I would warm it up maybe using the idle cable to have it idle at 1300rpm for a little while, then I would drop it down to normal idle and quick with a air gun tip blow all the coolant off the hose and oil cooler and when I had it dry I would watch it till I seen where the coolant was coming from.
If it is oil that is leaking I would remove the oil filter mount housing, clean everything up with something like brake cleaner, put 2 new O-rings in it and put it back together, start it and see if the issue was fixed, but you said you seen steam, so my guess is that upper hose is leaking.
I know the voices are not real,
but they have some really good ideas.
Top

Yep good call. It is pooling on top of the cooler housing but I thought I could see it dripping off the ends of the bolt studs. I will service the hose and see if the problem is solved. I reposted and started a thread again because I missed this one, thought I hadn't pressed go or something last post. We can collapse the threads please mr. moderator. In my other post there I asked for leads on those o-rings and gaskets. May as well post a link here if you have one. Thanks for your post!
Top
Post Reply
3 posts • Page 1 of 1