works a1...ip measures boost and fuels accordingly..(up to about 12psi unless one fiddles..)

only problem i have found is i think the throttle restricts air flow at anything other than flat out..(though it gets boost from 1000rpm) and this causes egt's to rise too quick..

I think Galen would like to read your work, Zen. 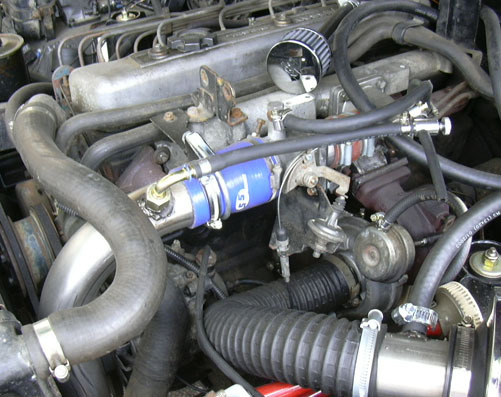 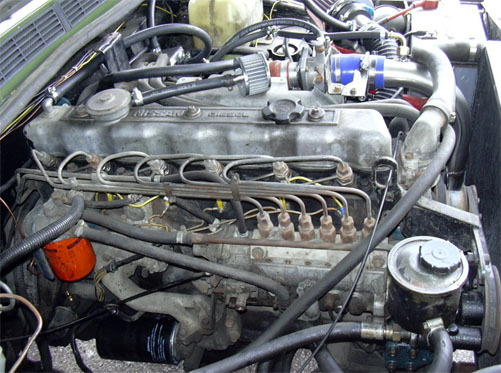 Here's how Galen -used- to do things with his SD22 Datsun. 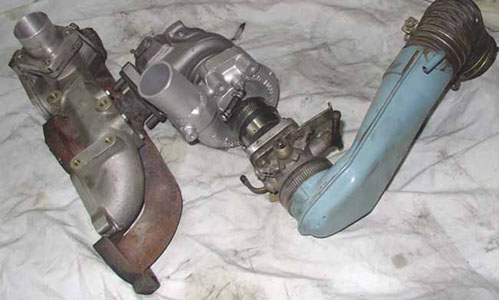 still progressing..i know it shocks people on here and binder bullietins scout forums..."you cant do that it will kill it!"...but untill you try you wont know its limits...

but it is fun..it does go well..and hey have 2 spare engines, so what the hell...getting to the limit of the clutch now though.

so uprated one when this fries out..(not a fun job with a 4x4 box to pull out!!)

pics and info i would be happy to provide
turbo it

(sd33t home turbo set up if anyone is interested..)
Top

Well, thats a Good plan you're working on there. I'm putting 3,3L non turbo in my Ford F-150 project. Thing it will mabye be under powered. Have some toughts about installing a tubro, But the engine was restored when I got it. Do you think I have to chance the pistons if I only run the turbo at... Say 10psi?
Top

go for it..BUT BUT your engine must have piston squirters...
turbo it