I recently purchased this little truck to give my sedan a rest from hauling my restored diesel portable stationary engines to country shows.
I'm finding it rather difficult to get technical specs and manuals on the truck. It has a type ED 3.3 litre non turbo diesel engine coupled to a 5 speed manual box.
I'm told it is a Series H40. It has dual wheels on the back (6.50 x 16, 8 ply) and is what we call in Australia, a "Jap import".

It has been de-rated from "something" to a GVM of 4200 kg with a tare of 2080 kg. I was told by the previous owner that it was originally a tipper but all the hydraulics and tipper functionality was removed. Also, the steel floor of the tray was replaced with a timber supported marine ply floor. It still looks a little like a tipper as there is no tailgate on the tray. A heavy duty toe bar assembly was welded onto the shortened chassis rails.

The unusual thing about this Atlas was the fact that it was imported to Australia by error in 1989, as the receiver initially rejected it saying that they never ordered it and to send it back to Japan. When this was not possible, it was put in a shed on blocks and forgotten for 20 years. It had done 18,000 km when I purchased it from an old couple who had plans to convert it to a mobile home. However, due to the heavy duty suspension (rough ride when its empty) they changed their minds and sold it to me.

Since getting the truck, I've replaced the 6 near new tyres (that were 25yo) but kept the brand new spare tyre. I've had the front spring packs re-tempered, the front
axle straighten in a hydraulic press, 4 new power down shock absorbers, full wheel alignment, front shackle pins replaced as well as any rubber mounts and seals associated with the suspension.
Then, I had all 4 sealed beam headlamps replaced with with haligen semi sealed lamps, replaced the steel bumper with a alloy bull bar with 2 driving lights. replaced the 5 push button AM radio and single speaker with a Pioneer AM/FM/CD digital radio with bluetooth hands free phone capability and a 24/12 voltage reducer. Added a Hayman Reece in cab electric brake controller for my tandem trailer.

It then went to the mechanic for a full service, all fluids, greases and filters were replaced including all 8 brake cylinders and all seals in the injector pump to cope with the ULSD sold at the bowser now. Any seals, gaskets or hoses that had signs of leaks were also replaced. Next week its off to the steel fabricator to have a tailgate designed and fitted. The suspension is still rather stiff/firm and it does bounce around a bit on bumpy roads. My mates have suggested putting a couple of 100 kg sandbags behind the cab to smooth out the ride.

The truck came with a Nissan FD33/T Diesel engine service manual but as the engine is an ED, it ain't much use.

Does anyone know where I could get an online copy of the correct service manual as well as info on the Atlas H40 tipper trucks as sold in Japan. Also, info on the different GVM's of the Atlas style of trucks in 1988. 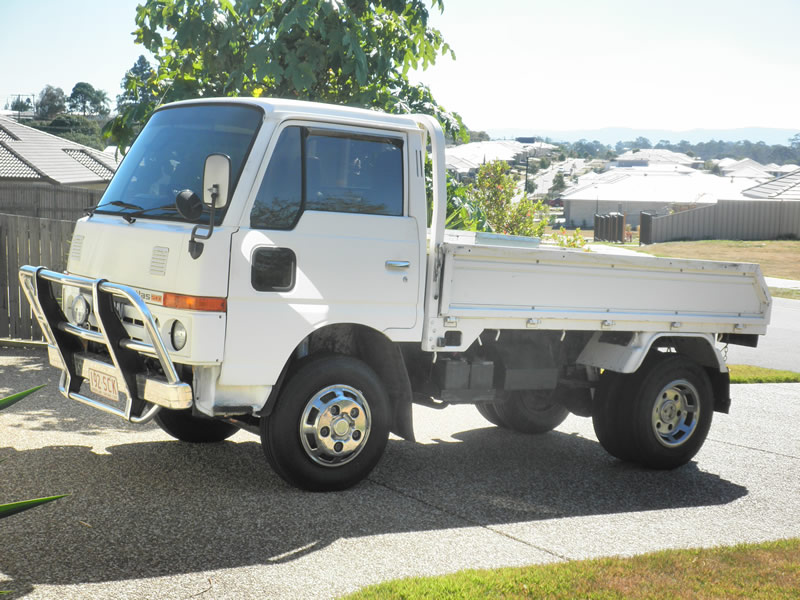 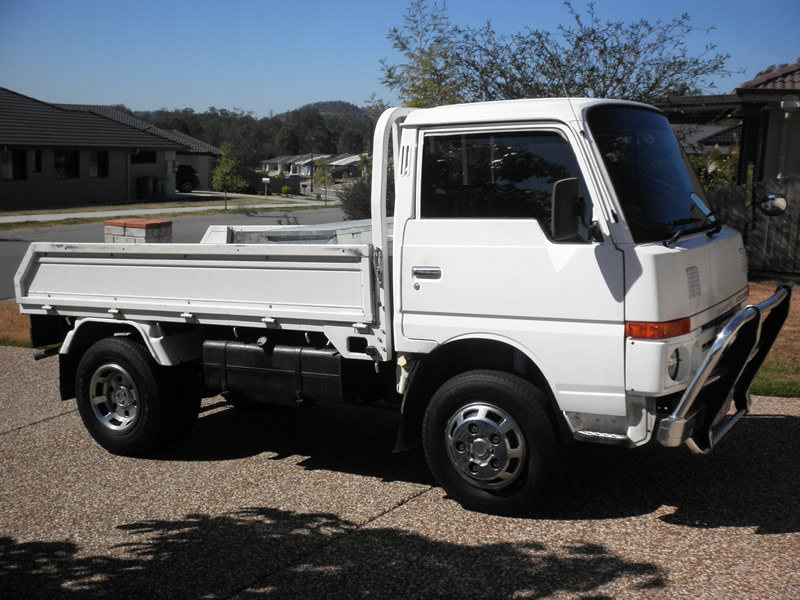 I know the voices are not real,
but they have some really good ideas.
Top
Post Reply
2 posts • Page 1 of 1

Return to “Other Nissan Diesels”