In another thread, DaveHoos swerved into a subject worthy of separate discussion. I'll start with Dave's quote:


davehoos wrote: I see your engine has the early inline pump with intake manifold vacuum control. The throttle controls air flow and the injector pump plays catchup. Some of these type pumps can have a compensator strapped on the governor housing. I can't see any. High altitude air is less dense, but in this part of the world the air is hot and inland is hot/dry to the point that modern late model engine are now fitted with compensators to solve problems with running tune and overheating. Early design engines were fitted with large oil/water heat exchangers and oil cooled pistons to overcome problems.

In the USA, SD22 and SD25 engines fitted to the 720 and D21 pickup had the Bosch/Kiki inline RDB-MZ injection pump. Reason being exhaust emissions have always been a bigger concern here than other places in the world.

Dave, there are NO conditions in Australia that are not duplicated or exceeded somewhere in California. You can visit Bridgeport where winter temperatures touch 5 degrees F (-15C) at 6,500 feet (2072m) (there are considerably higher locations) or Death Valley where summer temperatures hit 130 degrees F (54C) at 287 feet (87m) below sea level. Humidity in the San Francisco ... blah.

Now, altitude compensators react only to air pressure changes relative to the fixed pressure inside the hermetically sealed metal bellows. There is no way for this device to determine air density or air temperature. It is assumed there is a usable correlation between atmospheric pressure and air desnsity. The expanding bellows (rising altitude) is used to lessen fuel delivery by repositioning the Fuel Control Lever.

This is a schematic of the altitude compensator (when fitted) on all 1981-1986 SD22 / SD25 Datsun / Nissan 720 and D21 pickups sold new in California and other states with stringent emission standards. The TD series when naturally aspirated are fitted with the same Bosch inline pump and often have the same altitude compensator. 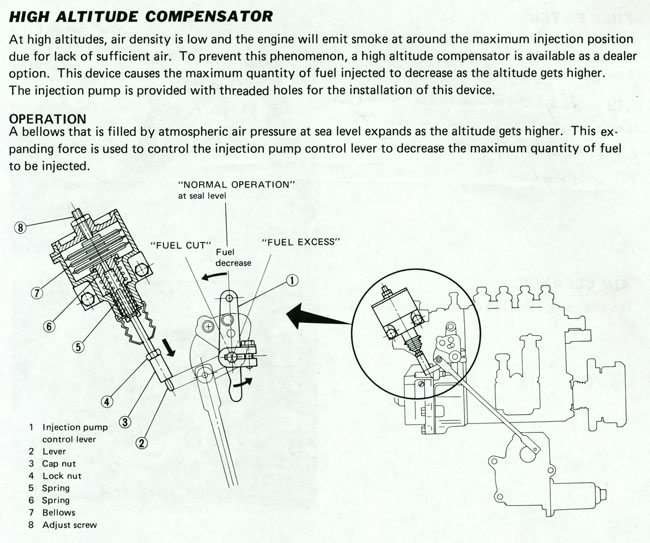 EvergreenSD wrote:My link rod does not have bushings either. Most likely they sawed themselves in half and disappeared long ago. Another interesting sign of wear on this pump is the way the altitude compensator has carved a divot into the pin that it can act against.

Ah yes... the dreaded divot caused by the altitude compensator nut not being flat on its end. Here is what I found soon after realizing (long ago) that the device was having no effect (compensator removed for photo): 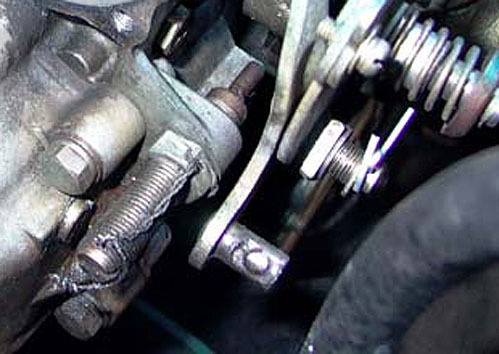 The "coupler nut" was left OPEN on the contact end so ... I found a flanged bolt that threaded in on a few threads, tightened it, & ground it off. 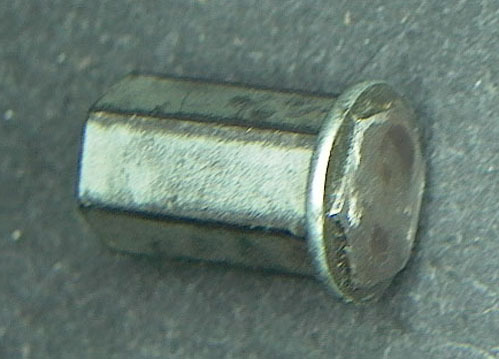 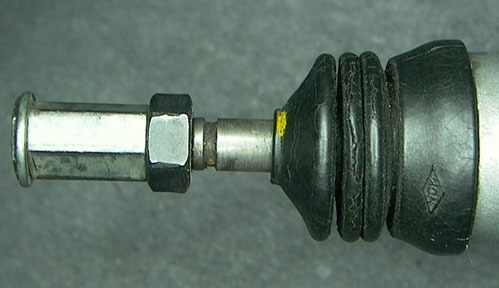 I DID shorten the coupler nut's original length a teeny bit before reinstalling. Still have about 1 turn before seated against the lock nut.

WHILE you have the altitude compensator out, at sea level, I found a gap of about 0.010" between the CirClip and the compensator body provided the most travel. 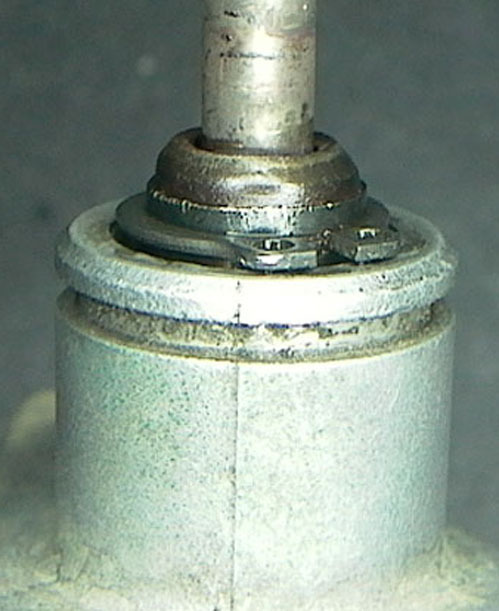