On the hydraulic clutch damper which port goes to the master cylinder & which goes to the slave? When I removed it from the truck I didn't label them.

What is the damper for? The gas engines for that year didn't have them(per FSM), but my 95 XE V6 did. What would happen if I didn't use it?

The FSM description suggests this vibration dampener device is there to soften vibrations (chattering) that may transmit to the pedal while the clutch is being released. Problem is the device also adds in an inch or so of pedal travel before the clutch actually begins to release. 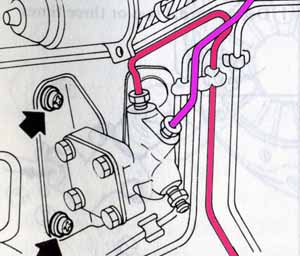 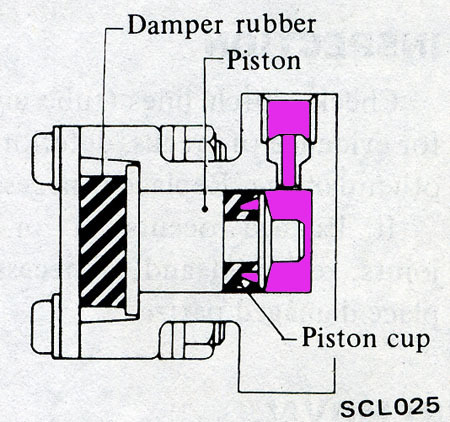 Thanks for the tip. When I replaced the original engine in my 720 pickup, the (used) replacement engine came with a clutch, which got installed along with the engine. I was barely able to disengage the clutch. I finally figured out that the springs on the replacement clutch were stronger than my old clutch and caused the rubber cushion in the damper to compress all the way before the piston in the slave cylinder began to move.