I have acquired another Maxima recently that had been sitting for six years or so. It is an 82 5sp sedan. The glow plugs were not working when I got it, Looks like the battery fell over in this car too and buggered up some of the connectors in the harness. I bypassed most of it with 2 12 ga wires to the #1 relay. Runs and drives alright for a 25 year old car. There is a pronounced clunk when steering at slow speed (ball joints?).

Anyways, I have rounded up the IP, alt and PS belts, plus the upper & lower rad hoses . I am trying to find a good online parts house to get the valve cover gasket. Are there any other hoses & stuff that should be taken care of while I'm working on this.

Okay, now my original reason for this thread. I plan on making this my biodiesel commuter car and I have access to B100 not too far away. I need to know the ID of all the fuel lines, possibly estimated length too. VIton lines seem difficult to find around here. I checked a couple of big truck shops and a mega-NAPA in Greensboro. I dont really want to shell out $14/ft for lines from McMaster Carr.

While a fuel line burst within 12 months of switching to B100 full-time in my '82 720, I haven't had any weeping or anything while running B100 in my '82 Maxima. I put two tankfulls of B100 through it, let it sit for a year, and I've been driving it daily for over three months (though only back to B99 for the last two weeks). I keep waiting for a line to go, but so far nothing except the (presumably) IP shaft seal weeping a bit.

Just putting that out there, in case you think you have to swap lines immediately.

As for sources and sizes, can't really help beyond the McMaster-Carr numbers I used on the old 720. I haven't converted one since then (two years ago) and all my chasing with Gates' products seems to indicate that the newer fuel-injection-rated fuel line (not the low-pressure fuel line products) will accommodate B100.

The truly difficult lines to replace are the ones at the tank. On the 720, I dropped the tank.
Regards,
Al S.

I've got an 82 Max also and have been running B50 during the winter months and B100 during the summer months on the original (as far as I know) fuel lines with no signs of leakage or softening. Run it and keep an eye on them.
I did change the IP seal only cause I put on a new IP belt.
Top

moose-tek wrote:I am trying to find a good online parts house to get the valve cover gasket.

Both Fel-Pro (Autozone, Schucks, etc.) and Victor (NAPA) make a VC gasket for the LD28. Nobody seems to have the washers for the VC bolts though, other than Nissan. 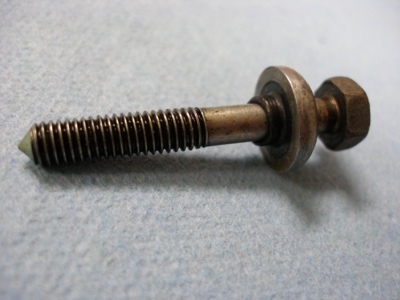 See the middle of this long post for part Nos. and more pics and a workaround for the washers.
Regards,
Al S.

I had a difficult time finding a valve cover gasket for my wagon's LD28. Neither Napa or Checker (Schucks-Kragen) listed it in their catalog and our wholsale parts supplier at work (WorldPac) didn't list it either.

I ended up going to the dealer and getting it for a little less than $30.
Ben Martin