[a breakout from this thread.]


retired wrote:On my 83 sedan it is located behind the side panel just in front of the passenger door. Both the door lock and window breakers were there on mine. At the moment the windows won out, I used the door lock breaker to get the windows back up. It appeared to be the same. Black cylinder shape with the following markings:

It looks as if the actual harness connector is the same in both years. 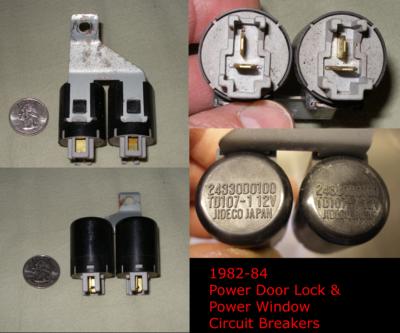