FS: Two diesel L4N71B transmissions, and a gasser one too.

FS: Two diesel L4N71B transmissions, and a gasser one too.

I have TWO of the rare one-year-only (for the LD28) L4N71 automatic transmissions.

The diesel version has lower 1st & 2nd gear than the gasser (3rd & OD are identical). For more info, see this post.

I have not driven either of them.

One of the diesel trans was represented to me as being a good one. I paid $250 for it. I've cleaned the exteriour of it and sucked out the old oil, which looked used-but-OK.

(more info & pics of this trans are here.)

The other is actually a L3N71BOD, but it came from an '83 diesel Wagon.

.
I think I cleaned it up some from this pic. More info on this trans is here.

I also have a L4N71b from a 1983 gasser L24E, which will probably bolt-up to an LD28, though the torque converter has different characteristics, the trans' internals ARE different, and the shift points would be wrong. 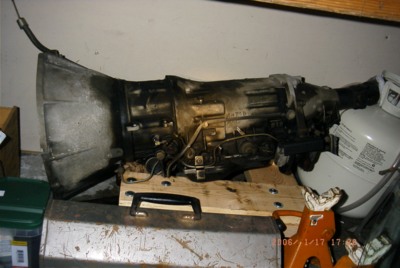 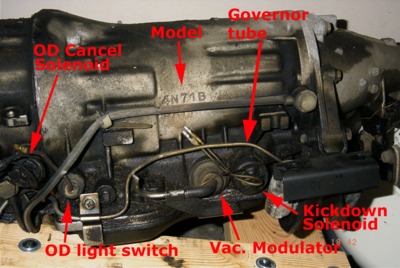 It came from a local gasser '83 Sedan, in storage since 2006, and I know the owner and the car was scrapped due to having been hit hard. The trans is known-good and I haven't cleaned it up. I have $100 into it from the JY that pulled it for me, because I didn't get to it myself before it got hauled to the JY

Again, this is a known-good gasser L4N71b.

Email Sent. Intersted in the Diesel L4N71
82 Datsun Maxima Diesel Auto
82 Datsun 280zx Turbo Auto
Soon to be made into one
Top

Al, been a long time since I posted here on the forum...but do you still have the L4N71B diesel trans for sale?
1982 Datsun Maxima diesel wagon w/ 228k miles
*occasional daily driver*

Your probably better off sending Al a PM as he only visits here from time to time.