If you get a tranny from a 4x4 gas truck, you can switch the front half of the tranny with yours a bit of work. The 4x4 tranny is much shorter. Also you can check the bearings. Be careful and get the same year so the bearings are the same size.

Do you ever visit 720world? There are a few guys there with enough datsun/nissan transmission knowledge that will amaze you.
82 King Cab 2wd (nice)
82 Reg Cab (body damage)
Anderson , SC
Since Fall 2009
Top

Good info will check out that site, and I didnt know that the 4x4 tranny was shorter-I was beginning to wonder how I shoehorned a similar setup with two nissan transfer cases into a 61 Scout a few years back...Now may be the time to deal with it while everything is easy to get to.

Now if I could just find a little free time....
Top

There is more diesel activity here and more gasoline activity there.
Many aspects of these datsuns/nissans are shared. I visit both of these sites often.
82 King Cab 2wd (nice)
82 Reg Cab (body damage)
Anderson , SC
Since Fall 2009
Top

Out of curiosity, does anyone know the difference in length between the 2wd and 4wd transmission? also, is the shifter in the same location, or is it closer to the motor as well?
Thanks-may help with determining which way to go!
Top

Got the motor mounts welded up and installed, it is a tight fit in all directions and there may be a couple of clearance issues that will be a challange, namely the front driveshaft and the clutch slave cylinder and the brake pedal hits the header. Im surprised at how tight the fit is with a relatively compact sd22. People often put small block chevys or fords in these old Willys, dont know how they shoehorn those in. 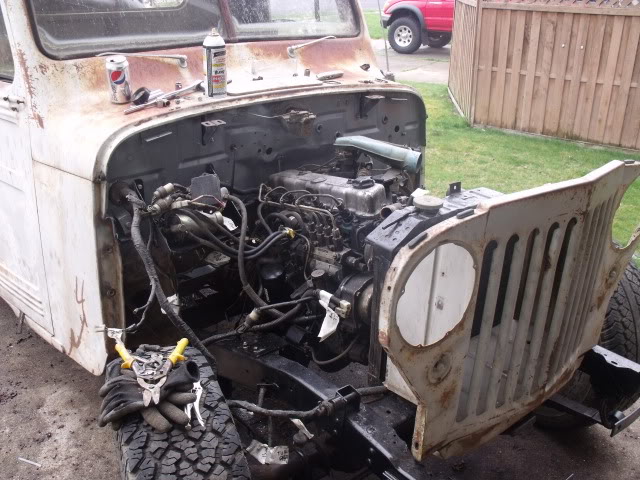 Awesome posts and awesoe project. Keeping sd-22's alive!!!
This project touches close to home for me. Years ago I owned a willys truck wagon of similar vintage. it was powered by chev V6. I believe it was the v6 out of a chev monza. But i can't take the blame for that conversion. Was a fun old truck to bomb around in. All the old timers always came over to check it out, anywhere I went. Today I drive my Toyota 2wd pickup powered by nissan sd22 with pride. And I know all about how long the 5speed tranny is. I have the floor cut about 6" longer for the shifter hole in my yota. Made a special tin plate to house the shifter boot to seal the floor. I think you've made an awesome match, good luck.
!987 toyota 2wd pick-up with a SD22 from a 82 720.
Top 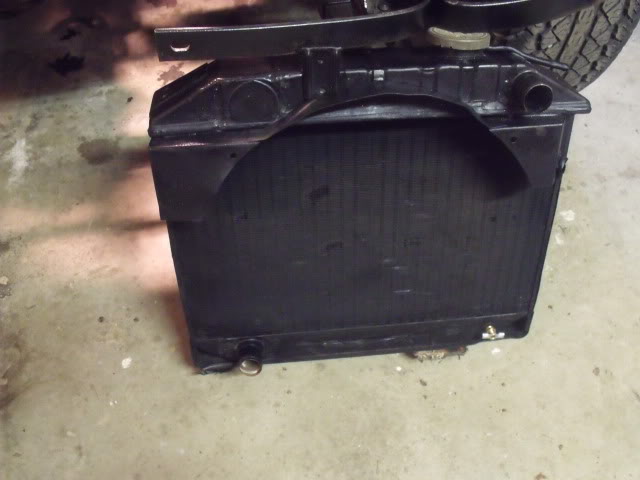 thanks for the support. Got the radiator back from the shop-$40 well spent.
Also installed the new driveshaft-Dont know if I mentioned earlier, but Im planning on running it as a 2wd until I get a feel for what divorced transfer case will be a better fit. Im hoping that 5th gear will be in its happy spot right around 60 mph-you really dont want to go faster than that in something this old. If it has trouble holding 5th gear on the highway Ill go with a Samurai transfer case as they will drop the high range slightly. If it is happy in 5th gear/60 mph Ill go with the Nissan transfer case, they are dirt cheap and bombproof. You can even bolt two together and get a 4 to 1 low range. 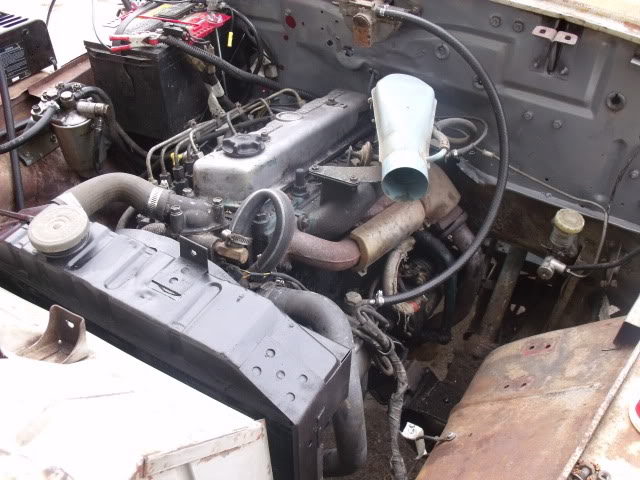 Need Help! She will not start now. It was running fine, always starts easy. She has fuel(I used the hand pump and the filter is full), fully charged battery, turns over but does not fire. To the best of my knowledge, I have not touched anything mechanical since yesterday, when it started fine.

Don't know much about troubleshooting an sd22, she has always started
any ideas on what I should check first?
Top

after briefly researching, it seems that the most likely scenario is that I have air in the lines as it was run from a 5 gallon gas can full of diesel.

whats the best way to fix this? more pumping with the hand primer?
Top

got her started-air in lines.

Looks like others have done a similar conversion: This is about the third or fourth sd22 powered Willys Ive seen in the Phillippines, only $65,000.00 php. Wonder why the didnt opt for the sd23?

Took her out for a spin today, but could only get her to 45 or so as my homemade driveshaft is out of balance. The motor and tranny worked perfectly; from what I did see, the sd22 is not going to be the limiting factor for top speed, but rather the steering and brakes. As it currently sits I would describe the driving characteristics as "sketchy"

took it by the scale on the way home-3240 lbs on an empty tank. Last time I weighed the donor 82 Datsun at an official scale it was 3150, with a full tank. 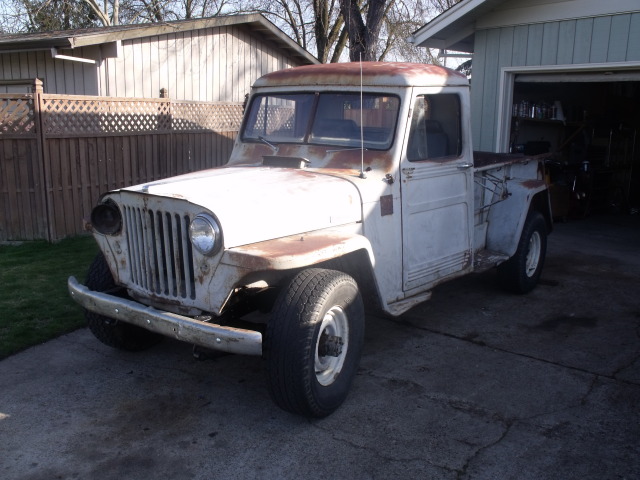 You have done a nice job here. A big project for sure.

Even in the Datsun dress they would not set the world on fire and speeding tickets were not of a concern usually.
There were Playgrounds and School Zones though

Do you have a one piece drive shaft of does it have a steady brg. in it ?
Retired Pauly
Problem with being retired is that you never get a day off.
1987 D21-J SD25 KC
KJLGD21FN
Top
Post Reply
178 posts