Been following your project for a while now, and I'm getting close to doing one myself, so I have 2 questions for you if you don't mind...

No, I did not need to move it. It's original.

As I remeber, I grabbed a speedo cable from a Sentra, which is pretty short. Connected it to the tranny and mated it with the original Astro cable with a brass tube or something. Currently my speedo is 5 MPH off. It shows 5 MPH lower speed then I am actually going. However, if you install a 3.90 rear end, which I highly recommend, you'll be right on the spot. I have a 3.73 rear end installed.
Astro Van with LD28 propulsion
'84 Mercedes 190D 2.2L 5-Speed Manual purchased 06/12 SOLD 06/13
'86 Ford Escort Wagon Diesel MT Sold 07-17-08
Top

That, sir, is a great swap-a-roo ya did and chronicled.

Do you notice the sea of "deer in the headlights" (OK, forest of deer) when telling of this adventure?
I see it more frequently than a couple decades back. Like your go 'rounds with the gearing & tire sizes, we shot past the point of diminishing returns.

I had two LD28 engines and one 5-speed Diesel MT. I had to clear the storage space and sold one engine and the MT to a guy in Portland, OR who wanted to do a 280Z conversion. I could save one engine that is now powering my Astro. BTW. the 5-speed MT and possibly the LD28 was later purchased by AL.
Last edited by dieseldorf 5 years ago, edited 1 time in total.
Astro Van with LD28 propulsion
'84 Mercedes 190D 2.2L 5-Speed Manual purchased 06/12 SOLD 06/13
'86 Ford Escort Wagon Diesel MT Sold 07-17-08
Top

In the past six months I could locate two 5-speed MT. One was pulled from a '84 720 gasser pickup. The second was pulled from a '82 720 SD pickup by my friend in So. Cal. That is the transmission I was looking for. It is made for a diesel engine. Both are FS5W71B except the the SD tranny has a different front case (bell housing) as seen here:

On the right is the SD case. Basically it is a mirrored gasser housing.

All I have to do is to swap the bell housing. Upon removing the front case from the gasser tranny,
small metal parts fell out. A closer inspection revealed a damaged counter-shaft center bearing. At least half of the balls are missing as seen here:

I will probably replace all bearings at a later time. Otherwise the gears and syncro rings are in good shape, at least the visible ones without removing the extension part.

I was surprised that the SD tranny was in such an excellent shape. No signs of wear anywhere, no chips no nothig.

Still, as recommended, I will replace the input shaft and the countershaft bearings. Today I will receive the rebuild kit DTS-BK104 from drivetrain.com It is the best deal if you want the whole works. It is still $89.90 ($106.00 shipped). All NACHI bearings. Hopefully I have the new MT installed into the van by the end of the this week.
Astro Van with LD28 propulsion
'84 Mercedes 190D 2.2L 5-Speed Manual purchased 06/12 SOLD 06/13
'86 Ford Escort Wagon Diesel MT Sold 07-17-08
Top

I put the diesel tranny in and it is amazing. It surpassed my expectations. A perfect match. No more struggling upon takeoff. You guys who do a MT conversion, get the 720 SD transmission. Everything else is just a compromise. I was lucky to find one that is in excellent shape. Shifts like butter, no noises.
I am preparing the van for a road trip to the east coast. The second think I did was to rebuild the IP. It cost me $475 incl. return shipping. They did a great job. I set the plunger lift (timing) to 0.89mm for high altitude. That improved driveability at my elevation of 4500'. I could go up to 0.91mm but most driving will be at lower altitudes.
Astro Van with LD28 propulsion
'84 Mercedes 190D 2.2L 5-Speed Manual purchased 06/12 SOLD 06/13
'86 Ford Escort Wagon Diesel MT Sold 07-17-08
Top

I am in Virginia Beach. Total distance 2506 miles (revised from 2410 due to odometer correction). Average fuel consumption 23.8 mi/gal (revised). I did better than that in the past. After the IP rebuild I noticed more black smoke upon acceleration. Need to adjust the "smoke screw". Will see on the return trip.
I was disappointed in regard of fuel prices. Gasbuddy showed low fuel prices from Texas to the East Cost. The opposite was the case. NM $3.79 or even $3.85 for Diesel. All other States $3.69 average. The lowest price I could fuel up was in Little Rock, AR $3.50. The lowest price I have seen was in Trenton, NJ $3.42 but was with a friends car (gasoline).
Last edited by dieseldorf 5 years ago, edited 1 time in total.
Astro Van with LD28 propulsion
'84 Mercedes 190D 2.2L 5-Speed Manual purchased 06/12 SOLD 06/13
'86 Ford Escort Wagon Diesel MT Sold 07-17-08
Top

Apparently the Gasbuddy posters get sloppy when listing price findings. I have seen diesel prices posted for stations that did not sell diesel! Price corresponded to one of the gasoline grades.
Top

I drove back from the East Coast. Didn't take the shortest route. That would be I-40 all the way to Flagstaff, AZ but boring. So I drove South through NC, SC, GA, FL, AL, LA, TX and NM. Total 2902 miles and used 110 gal fuel. That makes 26.38 miles/gal, big improvement over the eastbound trip. I did call Dieselcare, the guys who did the IP rebuild. They recommended to turn the "smoke screw" half turn CCW. That did it. Eliminated black smoke completely and improved mileage. I think it did increase power output to the factory rate. So I drove a total of 5312 miles and used roughly 5 quarts engine oil. Astro run like a Swiss watch, no break-downs, except the A/C. It needs more work. I suspect that the compressor went out. All in all it would be a pleasant trip if not for the Diesel fuel price manipulation. I am writing about that in the Off Topic section.
If you like brisk driving, go to Texas. Two lane roads have 75 MPH speed limit.

Preparing the Astro for my next trip in September. I worked on the AC again. It did not hold a charge. I found a crack in an aluminium tube. The receiver/dryer wasn't mounted strong enough and vibrated. That caused the tube to crack. I replaced the tube and it is working now. Hopefully it will last this time.
The rear brakes did not work as expected. I removed both drums and the driver side axle seal was leaking. Replaced both seals and filled with 75-140 Synthetic Gear Oil.
My plan is to go North. It will start in AZ, then NM, CO, WY, SD, ND, WI, MI, OH, PA. From there it is not decided yet. I want to end up in the Florida Keys.
Last edited by dieseldorf 4 years ago, edited 1 time in total.
Astro Van with LD28 propulsion
'84 Mercedes 190D 2.2L 5-Speed Manual purchased 06/12 SOLD 06/13
'86 Ford Escort Wagon Diesel MT Sold 07-17-08
Top

Did some editing and updating of this entire message topic.

If you go through Colorado, it would be fun to see the Astro. I'm near Colorado Springs. Duane
Duane
Top

I am back from my US Grand Tour. Well, it wasn't a grand tour. I had to cut back due to weather. Anyway, drove a total of 6896 miles and used 263 gal. of fuel which makes an average fuel consumption of 26.22 mi/gal.
No break downs except one stall due to plugged fuel filter. It happen at the worst time and location. I was driving through the I-494 tunnel in Minneapolis during the morning rush hour when the van stalled. Blocking one driving lane of three. I was cursed by many motorists until police pushed me out of the tunnel. It was obvious to me that something went wrong with fuel supply. As it turned out, it was a plugged fuel filter. I installed a new filter before taking off. Not sure what caused the fuel filter to plug-up after only 2000 miles. Bad fuel or was the fuel filter to restrictive. Fuel filter was MAN or WIX, don't remember.
I used NAPA Gold 3764 before and now. I had no problems with it and recommend that filter. Get them before they disappear.
I visited Duane (forum member) in Colorado Springs. He showed me his Maxima Diesel car collection, seven or eight cars. He also owns many other diesels. We had a long conversation. 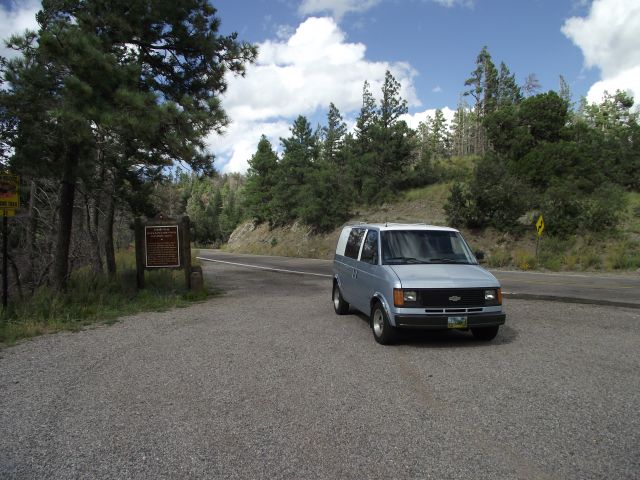 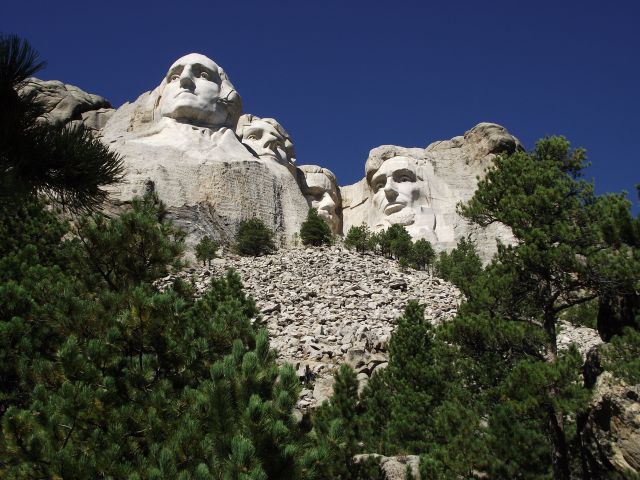 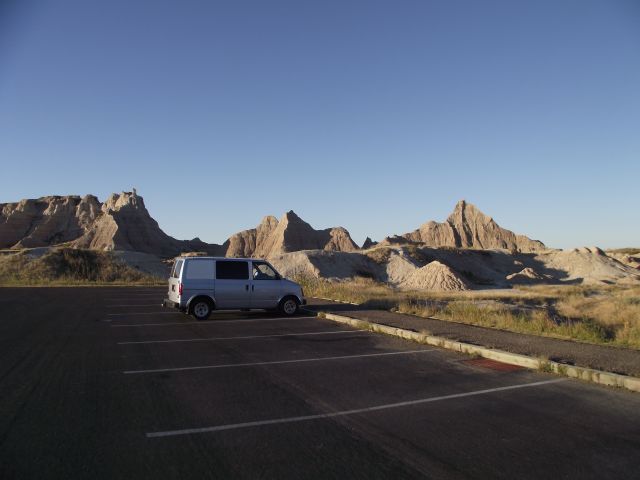 Have a great trip !
Looking forward to photos of your "adventure".

Safe Trip !
Retired Pauly
Problem with being retired is that you never get a day off.
1987 D21-J SD25 KC
KJLGD21FN
Top
Post Reply
62 posts