Wagons:
Arvin/Maremont still list some of the exhaust parts, though the intermediate pipe & tailpipe are apparently NLA from them. 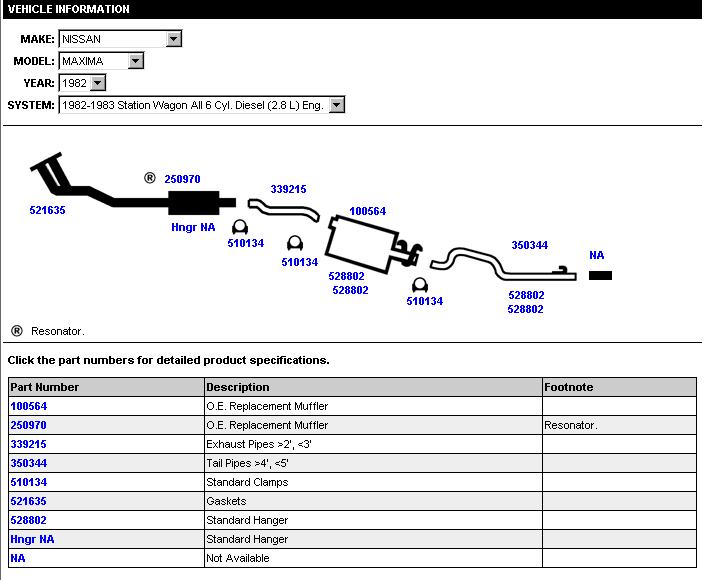 From front to rear:

The headpipe (with welded front muffler) as PN 250970, retail is about $117. This is a 2-into-1 headpipe with welded resonator. (I had to replace my headpipe in late '97 or early '98, the front muffler was leaking badly. I think it was exteriour rust, but I don't remember.)

Goerlichs lists the tailpipe (though not the intermediate pipe) as still available. Select the Year, Make, Model/engine.

The headpipe is the same for diesel Wagons & Sedans.

NAPA (Tenneco) shows the headpipe/resonator and first intermediate pipe as NLA, but remember that the Wagon headpipe is the same, and is still available from Maremont: 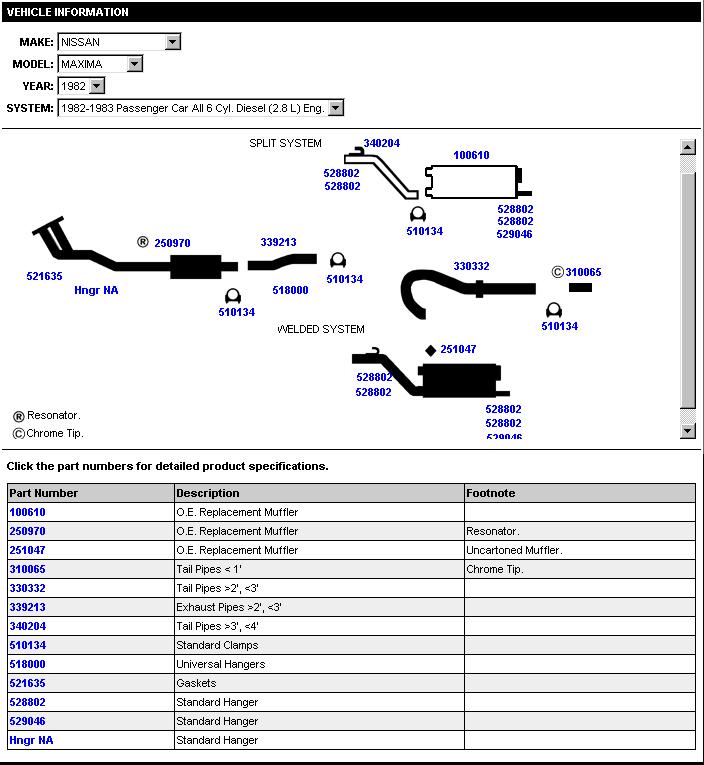