It's been done since about August. I'm finally getting around to posting about it.
It runs & starts good not too great in the bitter cold.
I had 33x12.5x15 tires on it with the stock gearing & transfer case gears.
It would run about 65 or so with no head wind, or drafting.(you would be suprised how far behind a semi you can draft) The engine rpm's were around 3000 to 3500, & I was getting 22 mpg all the time. It went great around town, good pick up ect, but as soon as aerodynamics came into play it would be sluggish.(take some time to get up to 55-60)
Off road it kicks butt. We were running some trails up north & I didn't have to go into 4wd in places my step-dad had to in his Rubicon. I idled down hills & didn't once have to use the brakes. Going up hills I'd run it up to 1100 rpm & It just chugged right up. My step dad said it didn't smoke at all.
Now I have removed the 33's & installed 31's but haven't driven it much to see how it works now. 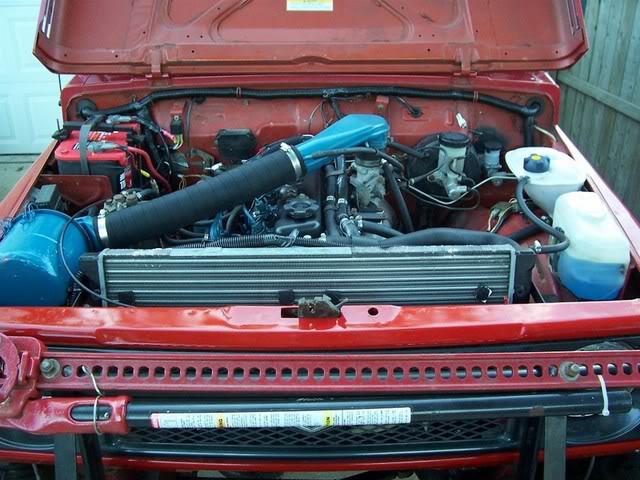 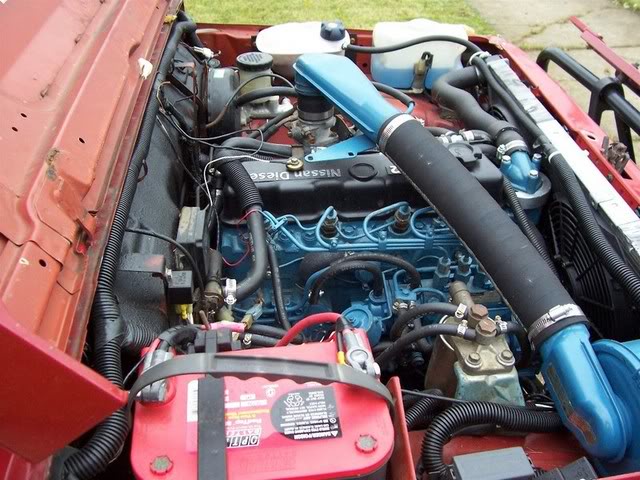 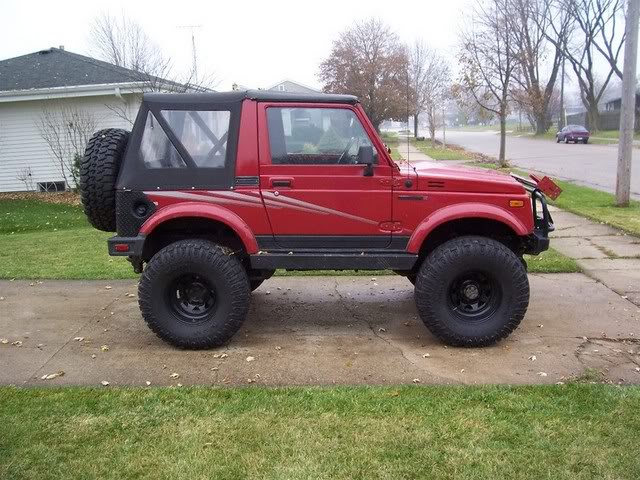 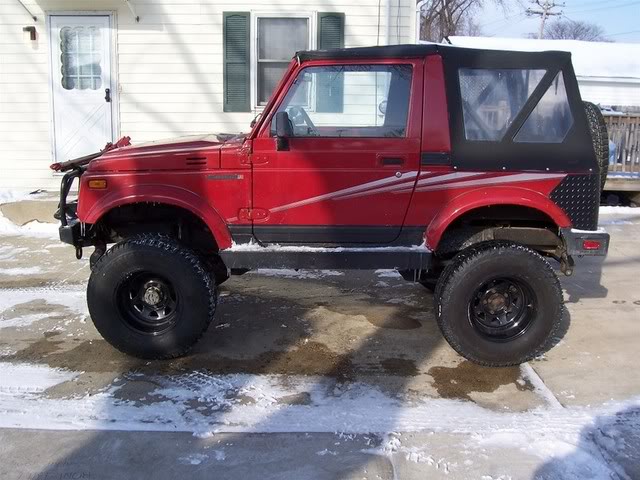 It was all custom. The t-case is divorced so it would be easier than a Track/Kick.

That's a very sweet car there.

I have a samurai body that is a steel roof but I am having problems finding a rear door.

Your account here has been deactivated, because your email address at wi.rr.com is bouncing:

Email me (do NOT PM) if you want your account reactivated -- after you've sorted out your email problem.
Regards,
Al S.