kossak wrote:My guess is that maybe the CSD sometimes gets stuck and causes that popping sound because of the advanced timing. I don't know if this is possible, it's just an uneducated guess.

You can see by that CSD timing graph that only the low-RPM timing is advanced, and by about 5˚ which is a lot in the diesel world, but again only at low RPMs.


I'm thinking if there's a possibility to temporary disable the CSD to do some testing.

Yes, it can be disabled. It a linkage.
Regards,
Al S.

First of all, I want to say hello again. It's been some time since my last activity here. A lot has happened during this time and I thought it would be nice to come back to this thread.

Unfortunately, I'm no longer driving the Laurel. I stopped driving it two years ago. I still have it, it sits in my backyard waiting for something to happen.
Probably you don't remember but I live in Europe, eastern Europe. Sadly, things have changed here.
As you probably know, Europe has never been friendly to big engines. Now, it's got even worse, especially in my country.
Long story short, I was forced to abandon this car due to outrageous taxes.

What I'm driving right now it's probably one the cheapest car available on the market here.
It's called the Dacia Logan. Dacia is the national brand here, owned and built by Renault here in Romania.
This model is being sold under different brands, including both Renault and Nissan, depending on the market.
If you're interested, just google Nissan Aprio. It used to be sold in Mexico under the Nissan brand but I'm not sure whether it's still available or not.
Also, the first gen Nissan Versa sold in the US is build on the so-called Nissan B0 platform as this car.

I have some pictures of the car, it may seem familiar to some of you. 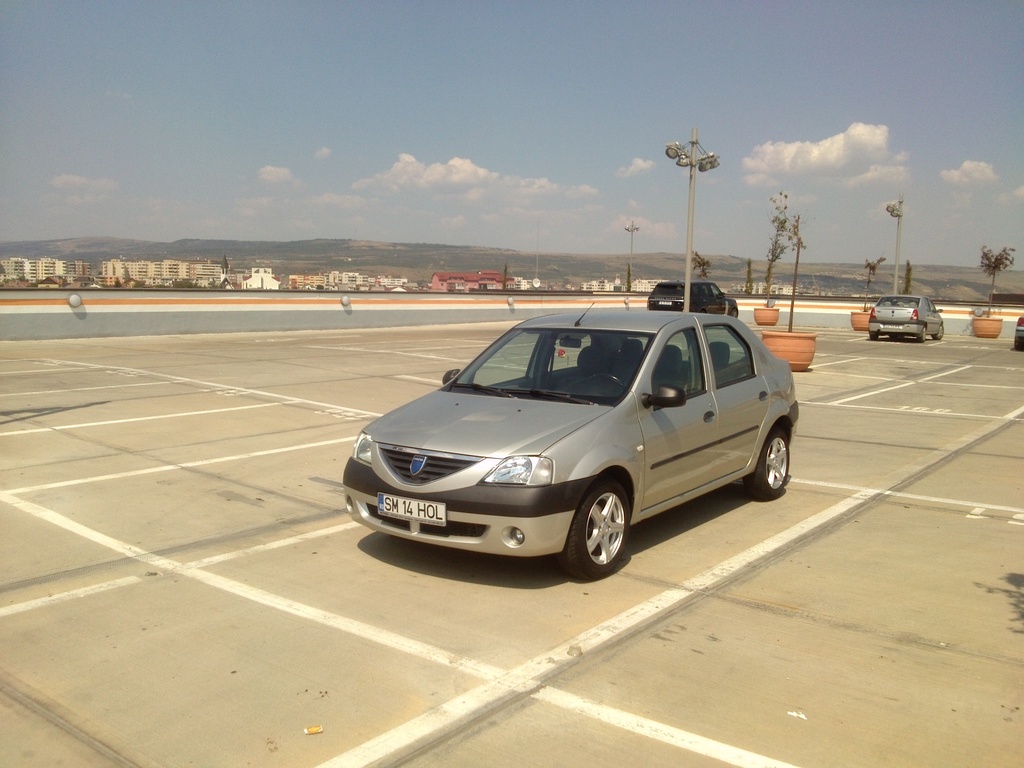 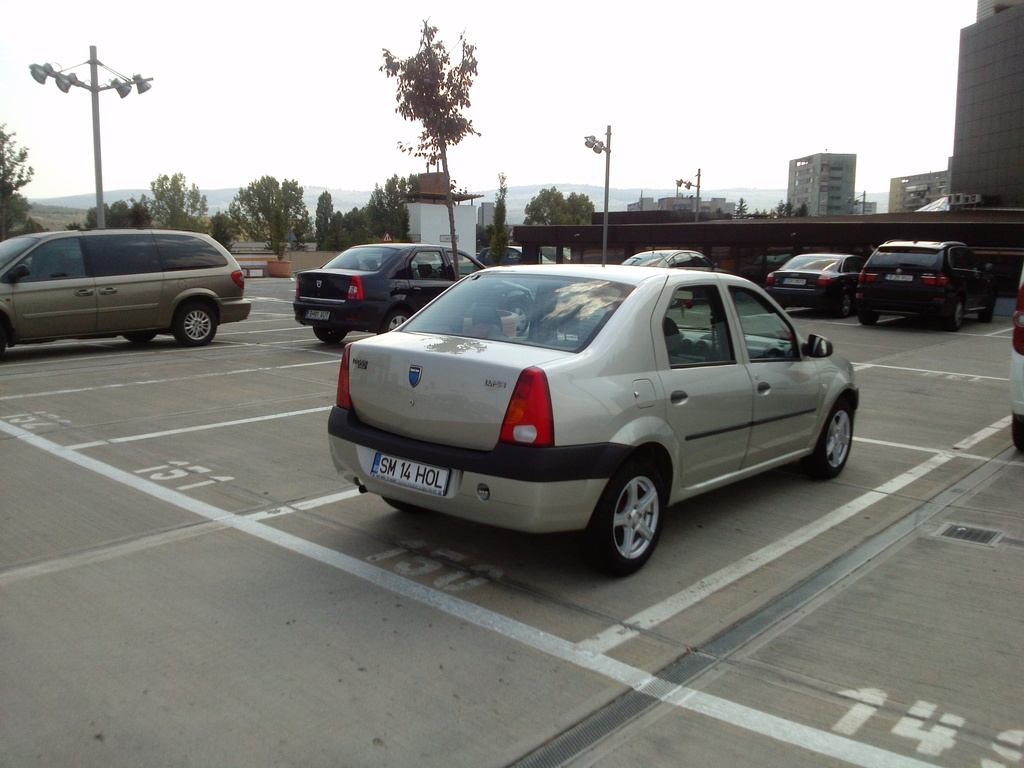 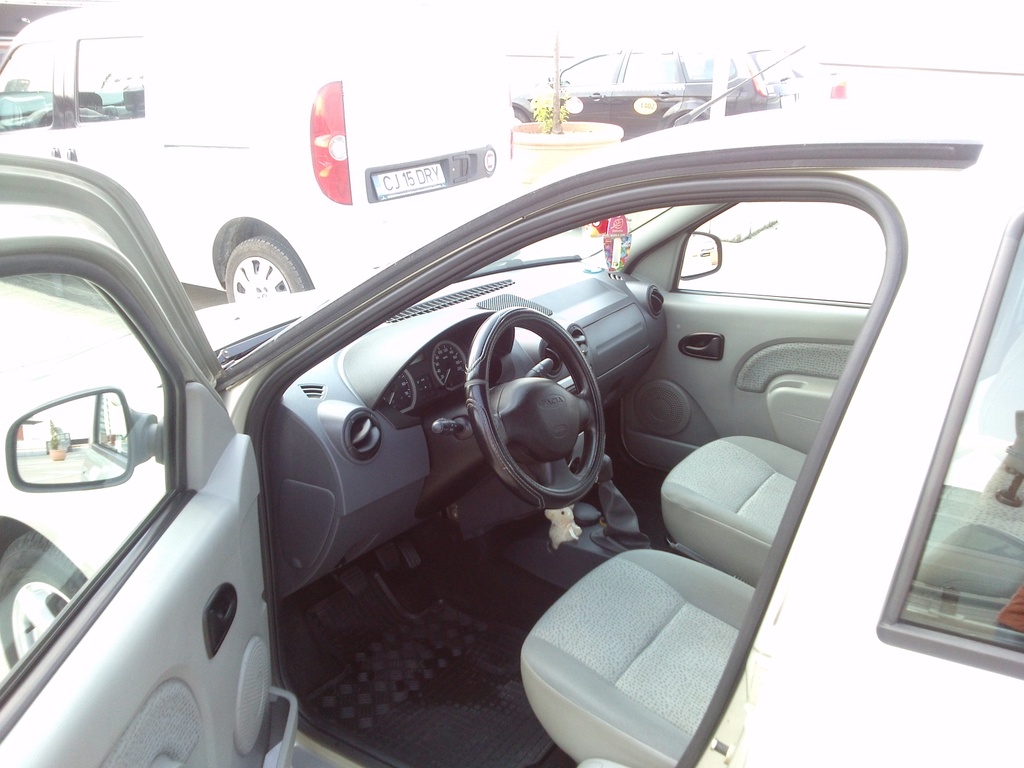 It's a 2005 model year and powered by and 1.4 liter gasoline engine producing 75 bhp. Mileage is around 33 us mpg, so nothing spectacular.
'86 Nissan Laurel LD28 AT
Top

Good to see that you are still around and that you check in once in a while.

Not a bad looking little car, but I would have expected the MPG's to be a bit better than that.

Interesting to see a Dodge Mini Van in Romania.
I should expect that the "taxes" you speak of will be pretty high on something like that.
Retired Pauly
Problem with being retired is that you never get a day off.
1987 D21-J SD25 KC
KJLGD21FN
Top

Unlike in most civilized countries, taxes here are somehow odd and unrealistic.
Basically we have two taxes here: one is the insurance ( based on driver's age and the engine displacement) and one is an annual tax which is based solely on the engine size.
This second one is the worst because what matters is only the displacement, not the power produced. So older cars with "big" engines got wiped off the road.
Just to give you an example:
- for engines under 2000 cmc -> between 20 and 50 dollars
- between 2001 and 2400 cmc -> around 300 dollars
- between 2400 and 3000 cmc -> around 600 dollars
- from 3000 cmc upwards -> 1100 dollars and growing.

Three years ago the government decided that cars with 2000 cmc and bigger engines are "luxury items" and decided to double to tax, reaching the values I mentioned above.

And keep in mind that the average salary in Romania is around 500 dollars/month.
So keeping an old car with a big engine is no longer affordable for most people. Of course, I'm not talking about those who own newer cars with big and also powerful engines, they are usually rich/richer people who can afford that.

Getting back to this car. When brand new, prices started at around 8800 dollar for the base model and went up to around 14000 dollars for the top spec.

It's a very basic car, built with old but proven parts from Renault.
Because of that, reliability is very good and parts are cheap. Running costs are very low.
But sadly the comfort is basic too: the car is noisy at higher speeds, the seats are not very supportive etc. What's even worse it that earlier cars tend to rust pretty badly because of the non galvanized body. Later ones are much better in this regard.

The gasoline engines are older units used by Renault back in the late 90's and are very reliable.
Diesel engines on the other hand are the latest ones used by Renault and Nissan in their cars.
Displacement is 1500 cmc, common rail with direct injection, power output ranging from 65 bhp to 110 bhp in the latest models.
'86 Nissan Laurel LD28 AT
Top

When you say dollars do you mean converted Leu - USD or Euro's ?

Either way it's costly but just interested in what you use mostly there.
Retired Pauly
Problem with being retired is that you never get a day off.
1987 D21-J SD25 KC
KJLGD21FN
Top

When I said dollars I actually converted from our local currency (Leu) to USD.
For general goods, we still used it but since we joined the European Union in 2007 Euro has become widely used here.
Before that it was the american dollar, of course.

Now, prices are "adjusted" to be at the pretty much same level as in other European countries.
If I go to a car dealer, I see prices in euros. If I want to buy a house then again, prices are in euros.

Gasoline price has been adjusted as well, Currently sits at 1.3 euros per liter. Diesel is a bit more, at ~1.5.
Of course people complain about high gas prices but what they tell us on TV is to chill out because we still have the lowest prices in Europe ( 1.5 euros, which is the average)

I remember when I bought the Laurel back in 2008, prices were exactly half of what they are now.

So yeah, owning a car here is not really cheap.
And the market is flooded with underpowered econoboxes. This downsizing trend is very popular in Europe for some time now, small turbocharged engines are increasingly promoted.
Ford pushing its 1 liter ecoboost engine, Volkswagen has it 1.2 TSIs, Renault the 0.9 l TCE.
Too bad that the actual fuel economy numbers are far from the official numbers.
'86 Nissan Laurel LD28 AT
Top
Post Reply
66 posts