I've worked all day on Search, and haven't found the fix yet.

I briefly switched back to the old MySQL and old database files, and Search works, so it's something with the new MySQL and database conversion.

I've implemented a restarter script, so when the MySQL server dies, it'll automatically check all the database tables and restart. Ugly stopgap, but at least when it dies in the middle of the night, it'll come back by itself.
Regards,
Al S.

Thanks for keeping this thing alive.
Retired Pauly
Problem with being retired is that you never get a day off.
1987 D21-J SD25 KC
KJLGD21FN
Top

It looks like Search is working again. The answer was able to be Googled (many people before me have had the same problem with the same module mix) but it didn't exactly pop right up, so for my own reference:

After MOD installation, execute this SQL:

Run Rebuild Search from 0, use board disabled option.

That forum is disabled for new posts, or I'd have thanked Becks0815 there. That was his/her last post on that board.
Regards,
Al S.

Paul Smedley surmises that the Pentium 4 compiler optimizations may not work right with my antique Athlon server. He's just compiled a private build for me with P4 opts off, and I've just put it in place. The restarter wrapper I wrote logs the date/time of each time it dies, so I'll check the log in the morning and see how it's held up.
Regards,
Al S.

Gotcha
Retired Pauly
Problem with being retired is that you never get a day off.
1987 D21-J SD25 KC
KJLGD21FN
Top

Key word just worked for me, so looks like you fixed real good!

asavage wrote:Paul Smedley surmises that the Pentium 4 compiler optimizations may not work right with my antique Athlon server.

The private build did not fix the problem: MySQLd still dies a lot, though I've got it restarting.

I've implemented some logging as well. I'm not getting a lot of good info from that, but I'm hopeful others can look at the data and come up with some good guesses.
Regards,
Al S.

What happens at night? Other maintenance or clean up jobs? Sleep mode? Network connection timed out or killed?
82 Maxima wagon
Top

There are a couple of scheduled backup tasks that normally run in the 12am to 3:30am PDT area.

I've noticed a couple of spikes (100%) in CPU activity a minute after I start the MySQL server, that I can't explain, and during that time the whole server (web, ftp, everything) pretty much stops.

Last night, I was working hard on adapting the restarter script to some new code that was given to me, so there was probably lots of downtime right before midnight.
Regards,
Al S.

I've seen high usage spikes maybe into a couple minutes various times on my machines and have never really found a good explanation. Leads me to think that pieces of some function libraries (or whatever they call themselves these days...) are just total hogs sometimes and there's no real meaning to it or clear way around it. It's just buried in there somewhere. I'm not running servers - this happens w/user apps - and I'm running multi-core CPUs; but I'd think similar programmingn issues could occur in backend apps, especially disk intensive backups and such. I've also seen intense network activity stall the rest of a machine. Not supposed to, of course, but...

The thought behind my Q was maybe some routine in the critical path for MySQL may be losing sync or timing out if it doesn't get "touched" for a certain time due to other jobs hogging resources. Or if it gets paged out "too far". Don't know what constraints MySQL has re paging. IAC, point is it may not be a database problem per se but something else tripping the DB server. 'Specially if it doesn't happen during the day.

I don't have a process monitoring utility on the old server; the new one already has one installed. This is a similar utility to XP's Task Manager->Process tab.

Without a process monitor, I can't see or log what is doing the spike. My gut feel is the new version of MySQL is doing off-peak housekeeping, which is fine. I was just surprised to see 100% CPU usage on this box, as that pretty much never happens, unless I happen to fire up PMView and rotate a large image or something. I don't usually use the server for that kind of thing, though.

I changed two things, and haven't had MySQLd go down since . . . 11:30pm Friday night, a record. Crossing my fingers.
Regards,
Al S.

The old war-horse server has been yanked from my "server room" and put out in the garage, to be taken to the great Clone scrapyard (my friend's place in Carlton, Ore.) next weekend.

I built it in ~2000 to replace the pair of IBM PS/2 8590s (486DX33) CPUs that were running the webserver & ftp server at the time. Joni had so much more CPU and RAM that I could comfortably run both functions on the same box!

Joni started life with two external Sun Model 611 SCSI enclosures (from the earlier PS/2 based setup) for data storage, and over the years that grew to six. That was a lot of fans in my living space, and I gradually bought larger HDDs to go in fewer external enclosures, until I finally retired the last 611 three years ago. The system remained all-SCSI until 2.5 years ago, when I went to a single IDE drive to replace everything, as a new, large SCSI drive just wasn't in the cards and I was getting out of SCSI anyway, in favor of SATA. The IDE HDD was a stopgap until I could retire the box. As it happened, that took a lot longer than I'd planned.

Over its life, I went through one power supply, two CD drives, and a pile of HDDs. Fans would die every two years on something.

It began life running Warp 4, then Warp Server Advanced, and finally W4-over-WSA for the last eight years. The WSA's HPFS386 removed the filesystem cache limit of 2Gb, but the partition size was still limited to 64Gb, which began to be a significant limitation as time went on.

It gave me good service, and always provided a lot of extra waste heat -- handy in winter, a bane in summer. 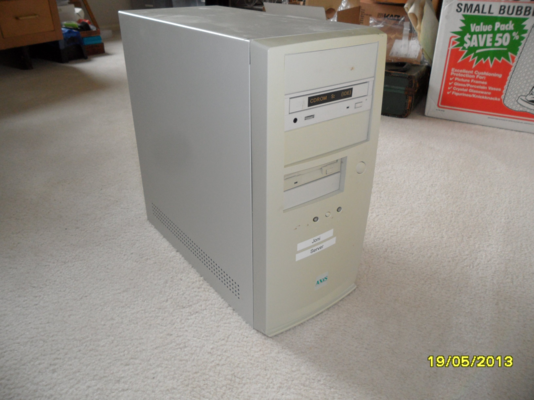 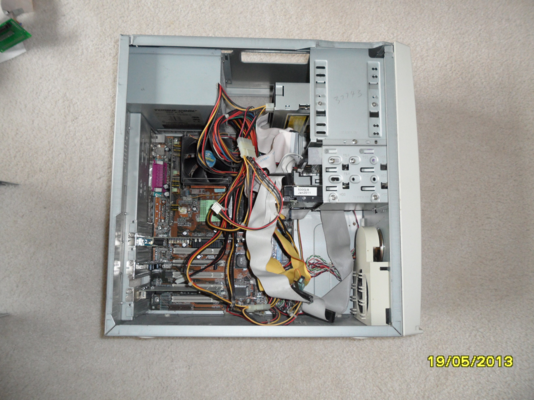 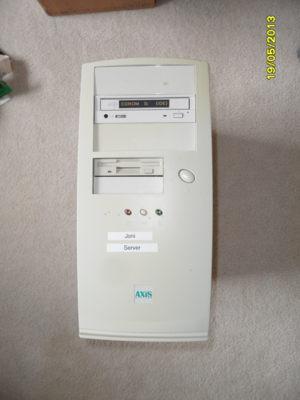 Hmmm. Reviewing the server error log this morning, I found a typo in a post that's an incorrect link to a picture. No problem, I'll just go fix the typo.

But!
Right now, one cannot Preview a post that contains a degree symbol (PCs: <Alt+248> on the Number pad only): °
(Windoze users of Firefox can't use <Alt-248> from within FF, as it seems to just back up one page instead of rendering the symbol. I usually open Notepad, tap out <Alt+248>, then cut-n-paste to the post window. Remember: the "248" has to be on the Num pad, not the upper row of digits. Laptop users: you may be out of luck.)

When a degree symbol is in a post, the Preview wipes all text. It can be posted OK, just not previewed. I gotta go find this one . . . stay tuned.
Regards,
Al S.