I wanted to share with you guys, or at least start a thread here since I have FINALLY started installing the Turbo onto my LD28 910 sedan.

I bought what I thought was a factory Turbo setup for an LD28, but it turns out its just another L28et manifold modified, but the turbo that was on it was the actual Diesel Turbo... The parts came from Enrique @ Former JESCO in Ceres Ca... He still has SD and LD20 setups, albiet a little pricey for my taste.
Anyway, I have to plumb the oil feed line, and I have worked out that some LD20T(not all) as well as VW 1.9L, and some Cummins use the same style pump as the LD, and that it is possible to fit at least one of the 1.9L Altitude compensators(aneroide) to the LD28 pump top. There are some tricks to this that I dont yet fully gasp and Ill definitely post back when I have that all sorted. Here is what I did today: 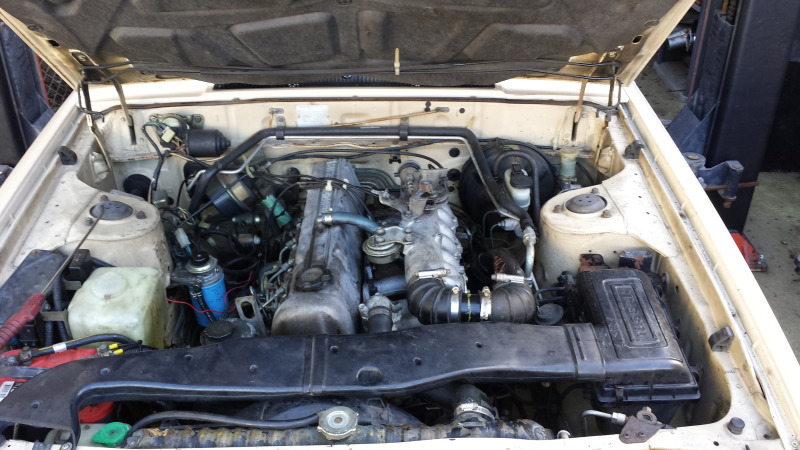 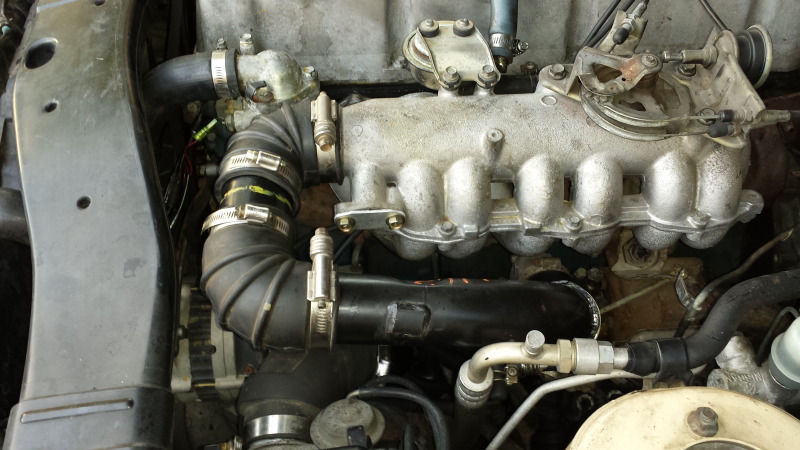 It took me that long, because my intake was about 20% or more PLUGGED UP... You will notice I did not plumb the EGR back in, even though the turbo is setup to run egr... Its not worth the buildup! I could have filled a whole quart bottle with the gunk I pulled out. The first three are dry dusty gunk and the last three were wettish nasty gunk... Same amount of buildup on all 6. YUCK.... after I cleaned it all and made sure it was ready to go back together, I made a video of it running without manifolds... which is always a bit strange. I need to upload it to youtube and share it here.

I then finished up the oil drain, and downpipe. 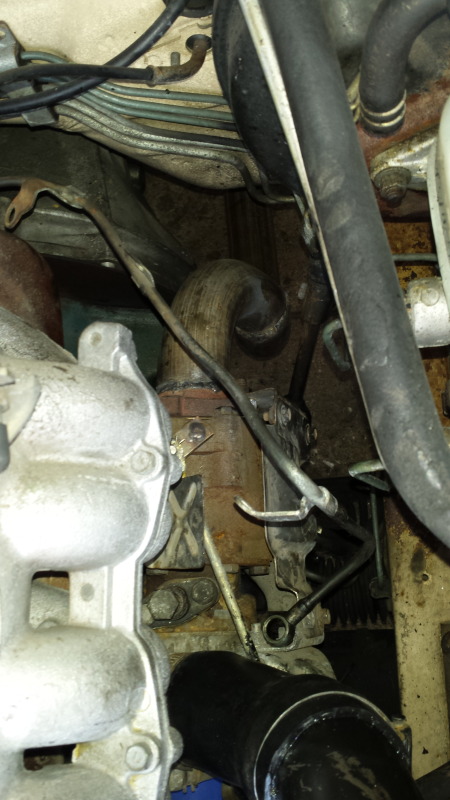 I used mostly Nissan parts to do this... even the charge pipe parts. There is one MB Sprinter tube, one GM Duramax tube, and the down pipe is from a Chrysler Caravan or some minivan exhaust. Im getting anxious to fire it off, but I really need to install a Pyrometer in there as well... It looks like there was a factory fitting on the turbine inlet for this and someone welded it shut.
Ray
Top

Very cool, thanks for posting photos! I dont own a diesel yet but I am about to purchase a 910 Maxima with the intentions of doing something similar, and its great to be able to look at others such as yours for inspiration
You should post a video once she up and running, I'm sure I will have some more questions for you by then!
Top

There you guys go for now.

Running the feed line wasnt hard. I had the L28et oil feed fitting and line though.
Ray
Top

Almost forgot. My headgasket leaks near the oil feel to the vacuum pump. I need to address that as well very soon. Its really annoying. It leaves a puddle on the ground after a long drive. I will have to order a head gasket up... I hope that doesnt become a project in itself.
Ray
Top

I take it you're totally sure that the vac pump oil feed isn't the problem? Mine leaks and seems I recall that fitting as a problem for most of the LD28's.

Yes, I was fairly sure before I removed the manifolds, in fact when I bought the car I actually replaced the copper washers on the banjo bolt and cleaned the whole thing. So it was plain to see a dry gap between that banjo fitting and the head gasket. Im really hoping there is an oil feed galley around that area and that its just as simple as surfacing the head for gasket fit and replacing the gasket. One can hope! Nothing appears cracked outwardly and the engine has 381k on it now.
Ray
Top

ISTR that my '82 Wagon (yours, now) or perhaps one of my other Maximas leaked oil up behind the intake, and I thought at the time that it was where the oil line to the alternator was bolted to the block, not the head gasket. I knew I'd have to remove the intake (again!) to get at it, and I wasn't driving it all that much by then.

Yes, diesel intake manifolds that have working EGRs do gunk up. I have threads on both my Sentra and Maxima and cleaning them out.
Regards,
Al S.

Now that I've re-read the thread on the 1981 Wagon I parted out in Jun2008, I see that it's that engine I sold that had a leak in that area. 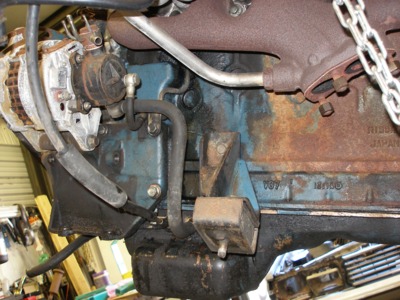 Nice work and that is a setup to be envious of. What did you do for the oil supply and oil drain to work on the diesel block? Is the L28 turbocharger pretty much the same setup as your turbocharger?
1982 Datsun Maxima diesel wagon w/ 228k miles
*occasional daily driver*