Howdy folks, maybe I should have found this forum earlier...but I don’t think it would have changed the outcome. So, for sale is my much loved 81 Datsun 720 with the SD 22. As you know, it’s a great truck, as I know, it has many issues, listed below.
1. Intermittent starting issue, sometimes the starter fires, sometimes not. The engine starts fine but there must be a loose connection somewhere...started happening right after I replaced the starter about 3 months ago.
2. Signals don’t work, the light comes on, but I have to flip the toggle to create the “flashing”. Problem began when I replaced the starter...
3. Rust...floor boards, engine bay, etc. I’ll attach pics I hope.
4. Sucking oil, about a quart a week. Two shops say it’s past the rings, but also when running could be blowing by the pan gasket, head gasket, etc. It doesn’t actively leak on the ground.

The good, good tires. Lumber rack and canopy although my next truck may take the lumber rack. King cab! New tailights. Block heater. Battery is strong. I’m a great guy to negotiate with. 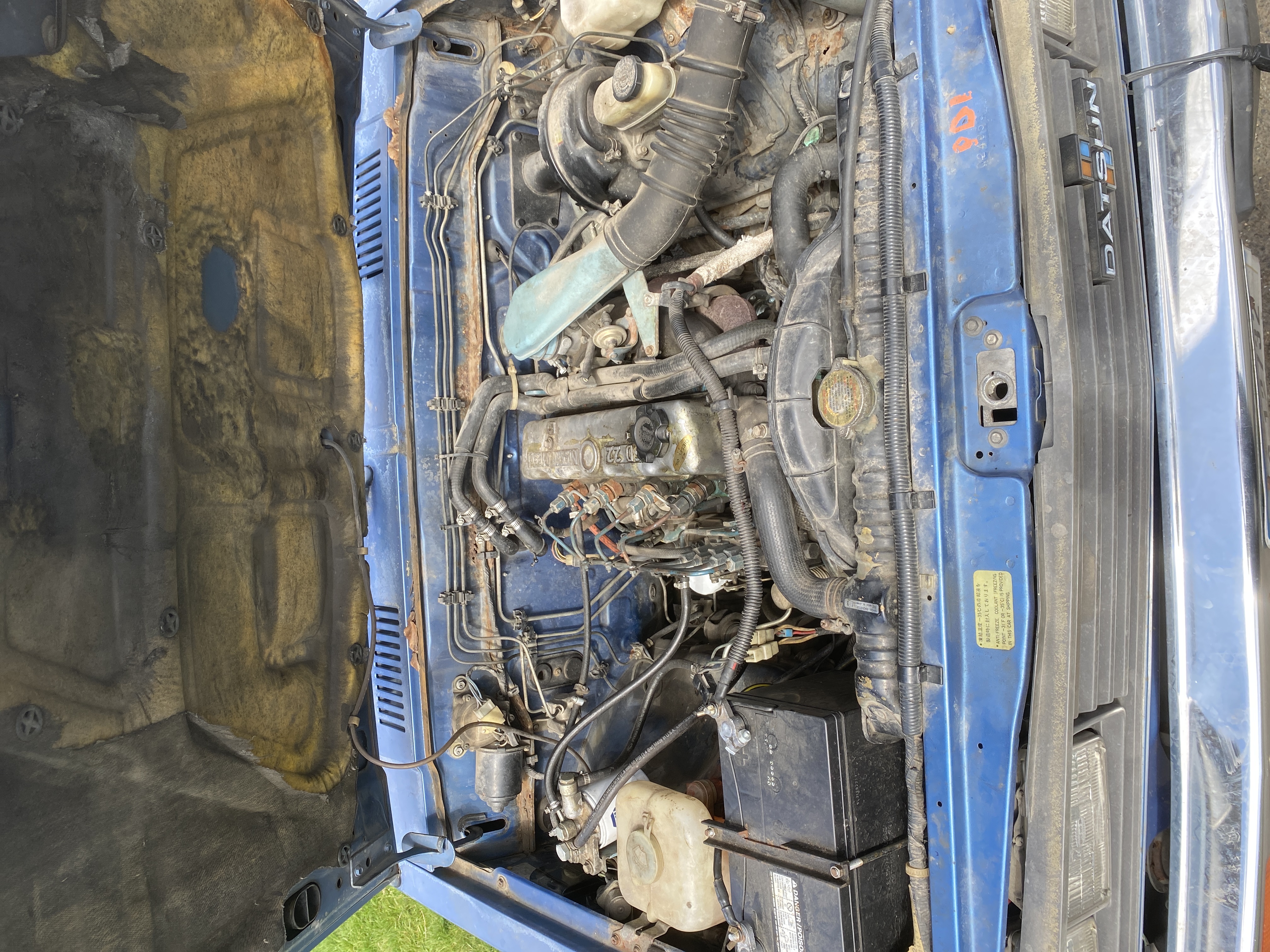 I think I have seen this truck before, you ever take it to the Canby Datsun show?

Have you checked the flashers by the steering column near your left knee?

Have you cycled the 4-way switch(several times) on the top of the column cover, sometimes the contacts inside get dirty and it needs to be used/cycled.

Good luck with the sale.

Probably not Canby, it’s been in Montana for the last 20 years ish, but was originally from Washington. I’ve checked the flashers, the relay tested fine. I do think it’s in the column switch assembly somewhere. The control module for the glow plugs just went out, that’s where I think my intermittent starting issue was coming from, now it just gave up entirely, so it no longer starts/runs.
Top

Sorry for the delay, I only come here maybe once a week right now, sometimes the contacts in either the 4 way switch get dirty and that is why it needs to be cycled several times, I have heard of others that say the contacts in the turn signal switch got dirty also.

When you turn the key on does the glow plug light come on or flash and then go out immediately?
I know the voices are not real,
but they have some really good ideas.
Top

Lots of '81 720 diesels in the US, but not so many KC diesels. Looks like a fun project truck for someone who's interested in tinkering.

The rust, while annoying, is a lot less of an issue with the truck than with the Sentra or Maxima.

The oil consumption is all too typical. You either live with it (feed it oil) or resleeve/repiston it. There's no middle ground on the SD series.
Regards,
Al S.