saying hello to the group

saying hello to the group

I've had several Nissan 720 in the past but they were all gas, now I went and done it traded a Ford aspire even across for an 82 Nissan diesel, my working partner has one of these and it was a getting as good a fuel mileage as the aspire so when the opportunity arose I latched onto one, ended up with an exact match to his, same color same year, same deplorable body shape, we have decided to enter both in the next ugly truck competition I'm sure one of us will take first and the other second place

I hope this one gives me as good a fuel mileage as his does and it stays together as long as my z24I 4x4 King cab Nissan did(got rid of it at 537,000 miles never touched the motor) and it is still running in Florida today! The diesel I got now has 130,000 miles on it and runs real well, I don't think I need to do anything to the drivetrain except maintenance for the time being but the body and the suspension and the electrical is another matter entirely I need everything, passenger door, windshield, tires, seats, interior, carpet, steering and suspension work, electrical problems etc. right now it's just barely legal and only has one seat in it the passengers which is now the drivers as I threw the original drivers seat away it was so bad! Anyway I've got all spring and summer to work on it so I should have it done sometime this year, I'll be hanging around here reading all your good posts and occasionally asking questions or throwing my two cents worth in.
Thanks: zoomsplatt(in beautiful sunny? Bow Washington)
I was feeling depressed so I called lifeline, I got an exchange in Afghanistan, I told them I was suicidal they got all excited and asked if I could drive a truck:)
Top

I have a blue bench seat from a non-KC that is in decent shape and you can have for free, if you can get down this way. It's in dry storage in the "attic". I used to live in B'ham but never get up that way anymore. I have driven through Bow & Edison more times than I can count. 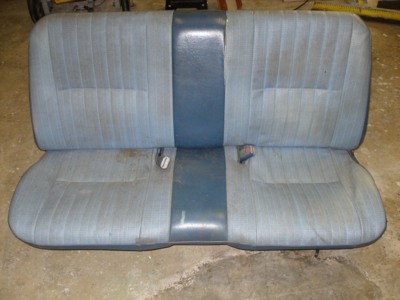 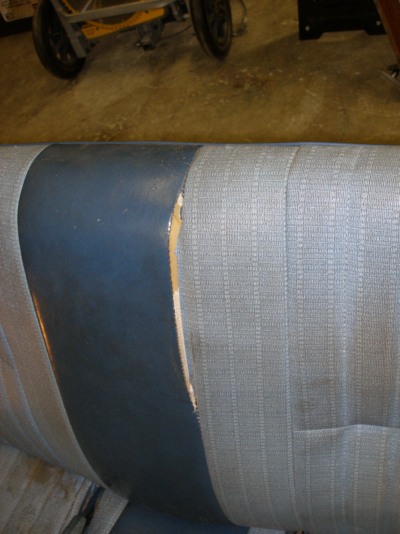 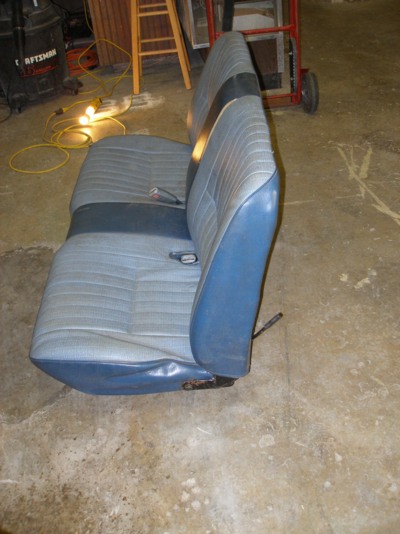 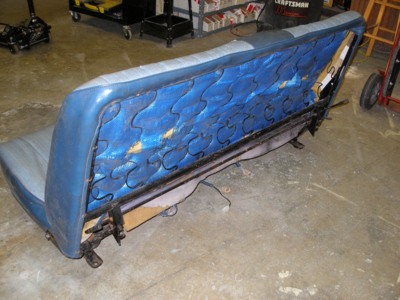 thanks for the offer but I'm going with bucket seats which were the original configuration anyway, probably try to find some 300ZX Turbo seats, I had them in my Z24i and love them or maybe a set out of a Nissan Xterra, I like the idea of being able to wash them with a hose, actually I'm thinking about lining the inside of the truck completely with rubber sheeting over neoprene nitrogen close cell(like they make wetsuits out of) that way I can take a pressure washer to the inside of it occasionally (I have been known to create some unbelievably disastrous messes on the floor of a truck, I left a gal. bottle of honey behind the driver's seat in my old truck and forgot about it, the top came loose and slowly ran honey underneath the drivers seat and all over the back mixing with my tool bag, rail road flares, assorted loose change and roadmaps, a ICOM walkie-talkie, a set of rain gear, and a spare carton of cigarettes and other assorted goodies! And of course at the time I had almost new carpet in the truck, after that I put in vinyl throughout and spent a whole day cleaning up really sticky tools and throwing away other items(did this in the middle of summer in Florida about 99° in the shade. Even after stripping the carpet out of the truck and washing the steel down and replacing the sound padding and putting vinyl over it the ants(there are a LOT of ants in Florida) drove me crazy apparently a lot of the honey ran down into little cracks and crevices in the steel that I didn't get out, nothing like traveling down the road at 75 miles an hour and having an ant crawl into your ear and up your pants leg and realizing there are a few hundred more waiting for their turn

even after three aerosol insect bombs set off inside the cab with the windows rolled up I still had ants, took me about two months to get rid of em.
thanks anyway: zoomsplatt
I was feeling depressed so I called lifeline, I got an exchange in Afghanistan, I told them I was suicidal they got all excited and asked if I could drive a truck:)
Top

I keep trying to give this seat away, so far no takers.

I found an '85 or '86 720 in a JY down in Portland a few months ago with "prefect" factory buckets, though in a kind of brown/tan plaid. Since I have a yellow/brown '86 truck, the brownish plaid works. Paid $25/seat, whch I though was reasonable for good ones.

The early seats seem to break down by now. I've seen a lot of passenger seats on the driver's side, which is a problem if you have a KC.
Top

Will D21 seats fit? There has to be a bunch of those around in JY's

D21 seats and door panels are made of unobtainium down here. I've been trying to find a armrest for a '95 D21 for over a year, and I've never even seen on in a JY. The Pathfinder armrests are different, too.

I just got back from Bellingham, where I picked up a set of seats from a 1996 Subaru, they were advertised for free in the Bellingham Craig's list, they don't have the rails but I'm going to take the ones off the old seats and weld them onto the two Subaru seats, not bad shape for free, no tears or rips not broken down, gray in color, slightly dirty, I can get that off, actually if I didn't clean them they would still be the nicest part of the inside of the truck

they'll do for now anyway, I'll find better ones later on at least I get the springs out of my butt, by the way I've found two Datsun trucks for free over in Oak Harbor, they don't have titles and the guy just wants them gone, I'd go get them myself but I don't have any place to keep them and after I strip what I need off them it would be a pain to get rid of as all the junk yards demand paperwork before they can take them, I sure could use a tailgate and a couple of doors though along with the taillight assemblies and left fender steel, if anybody is interested send me a note, I've got the guys e-mail address etc. and a link to the Craig's list ad, I think the ad has already expired but I sent the info to my mailbox.
I was feeling depressed so I called lifeline, I got an exchange in Afghanistan, I told them I was suicidal they got all excited and asked if I could drive a truck:)
Top

I'm looking for SD diesel parts, or course (specifically, I need another thermostat housing, as I sold mine before I realized I wouldn't be scrapping one SD engine here), and for "any" year 720 I need a good hood & cowl. Any color, as long as it's straight and has good paint.

Oak Harbor is only 15 miles straight line from me, but of course I have to take a $12 (each way) ferry ride, which turns it into half a day trip for me.
Regards,
Al S.