I have an original series Cobra Libre, the one with the problematic touch controls. The later Cobra Libre II seems to have real buttons/switches, but the original has touch controls with no haptics. These are water-resistant or shower-friendly. 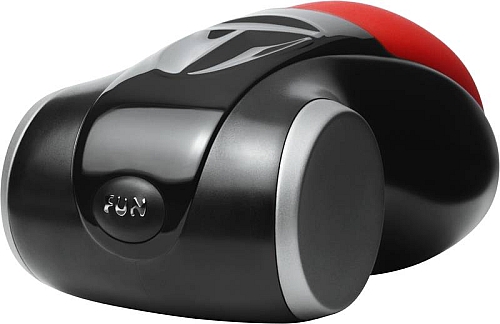 
This thing was expensive back in the day, and I worried about battery replacement when I bought it. Fast forward to last month, it had been in the back of a drawer for years, and would not accept a charge. I could find almost no information about a replacement battery, nor how to disassemble it, except this YouTube vid, which ended up being very helpful, if out-of-focus

To replace the battery, you need to access the area under the silver end caps. The silver end caps incorporate o-rings for sealing, and lock into each other, not to the black housing. Here are the end caps removed, showing the dual-prong locking mechanism: Here, you can see some of the damage I caused by prying first, before I twisted. To unlock one cap from the other, I used slip-joint pliers ("ChannelLocks") and twisted (rotated) one cap about 5°, then pulled out. You can't pry or pull out directly, because the prongs are locked until you rotate one or the other cap. This is the damage caused by the slip-joint pliers to twist the cap: 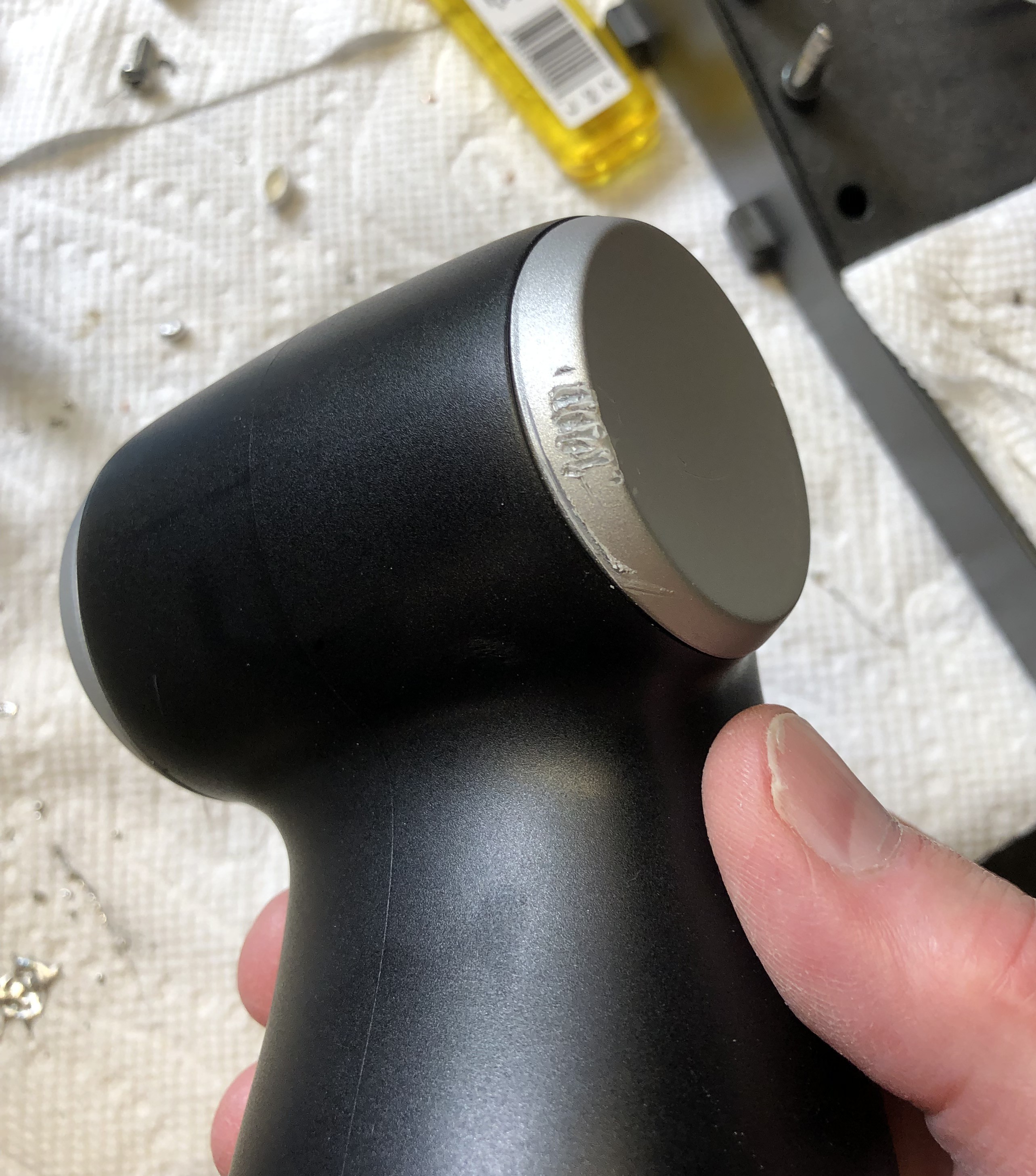 Cobra Libre: damage from twisting end cap to disengage locking prongs, prior to pulling it off
Cobra_Libre_Battery_Replacement_14b.jpg (1.17 MiB) Viewed 266 times

In retrospect, I would have tried some smooth jaw curved pliers instead of the toothed jaw, but due to the beveled surface it's quite difficult to get a grip on the silver caps, so it may be that some plastic damage is inevitable. But only to one cap, and the sealing surface for the o-ring is not compromised by this method.

Once one end cap is removed, the other could be pushed out the other side. Neat. 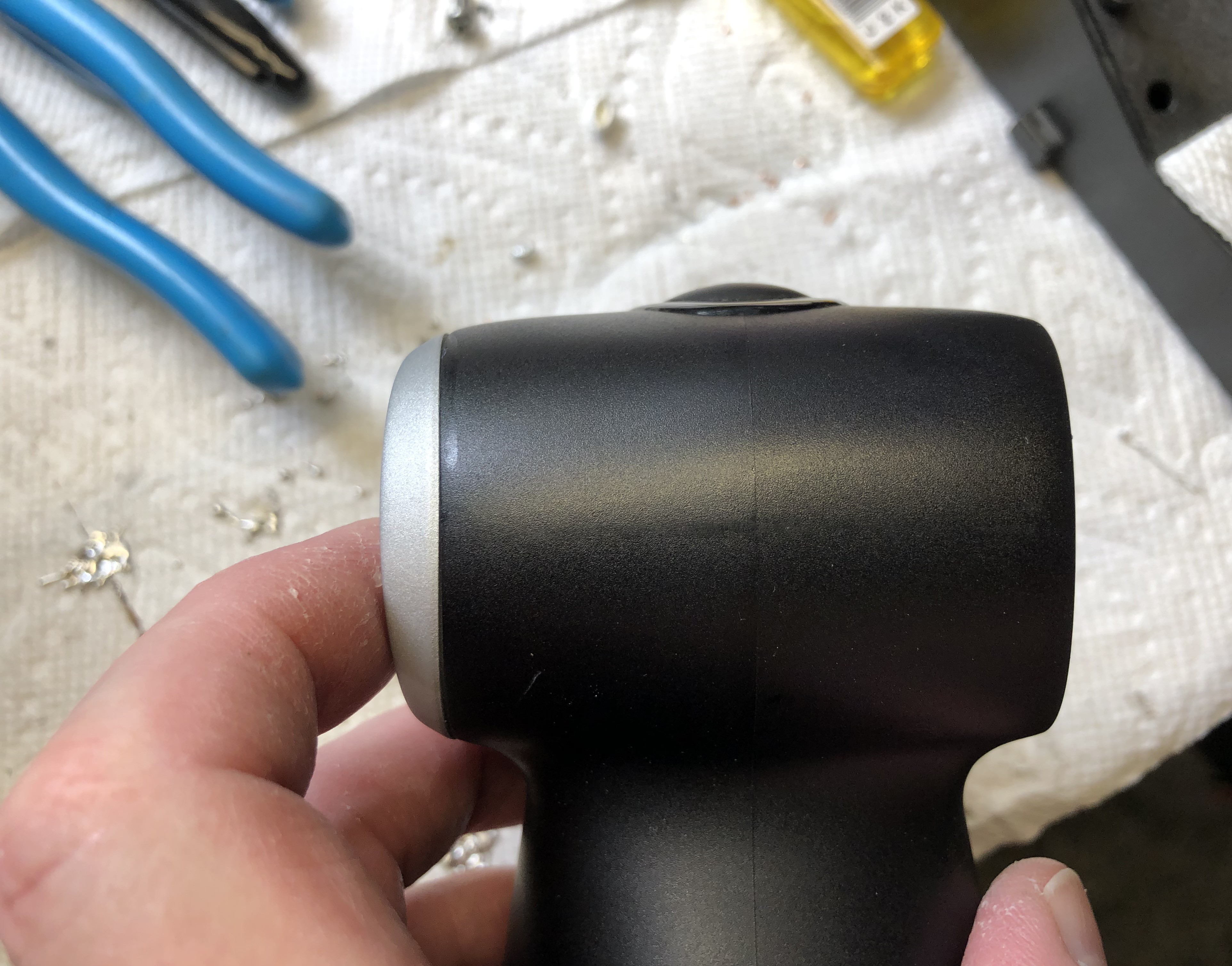 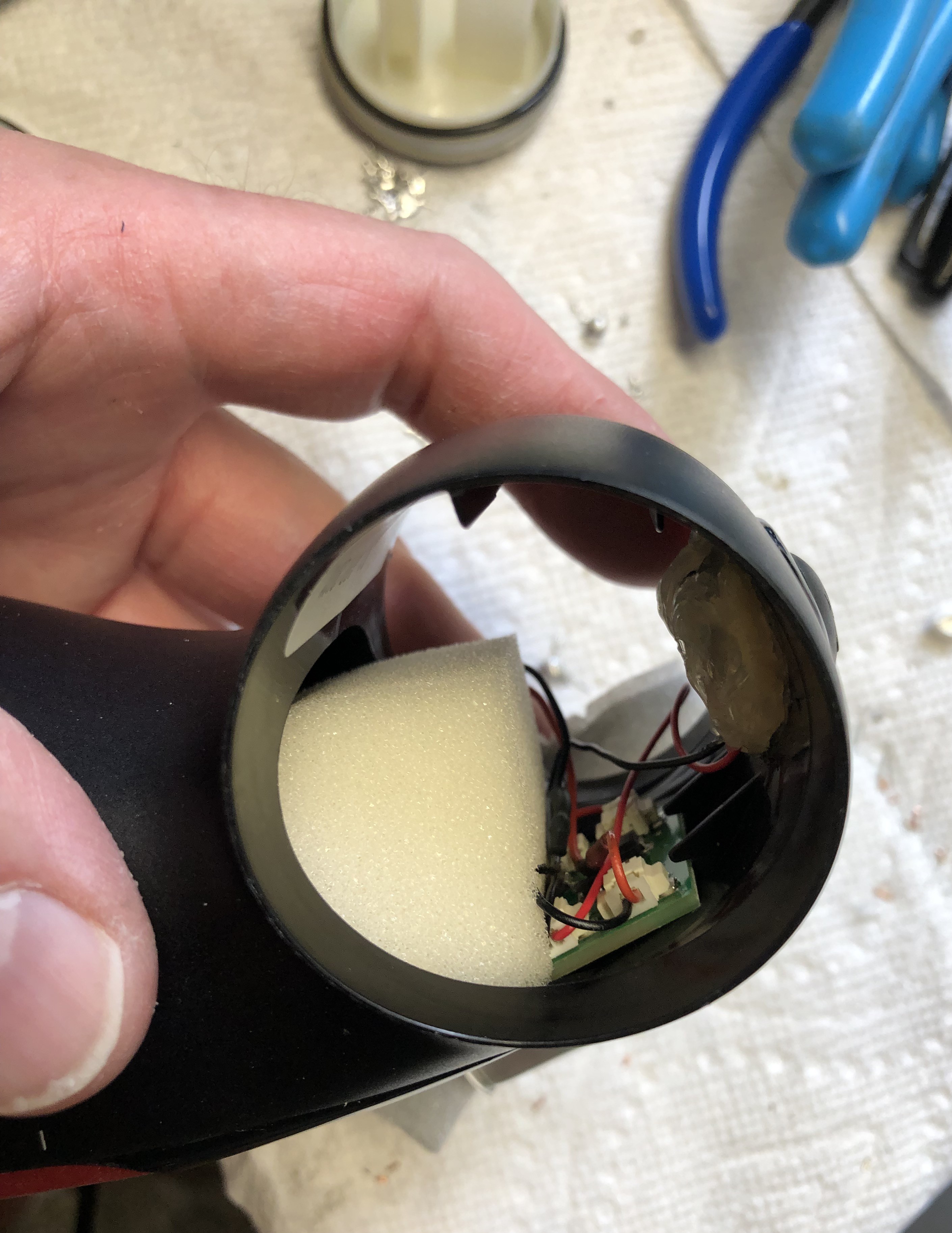 A couple of square sponges fill the cavity and prevent rattling, followed by the prismatic battery, which has thin grey foam glued to it. Its connector can be removed from an interconnect PCB via needle-nose pliers. The empty fourth connector shown below, on the PCB, is where the battery connects. The battery & sponges pull right out. The blob on the right of this pic is the external magnetic-coupled charging connector: 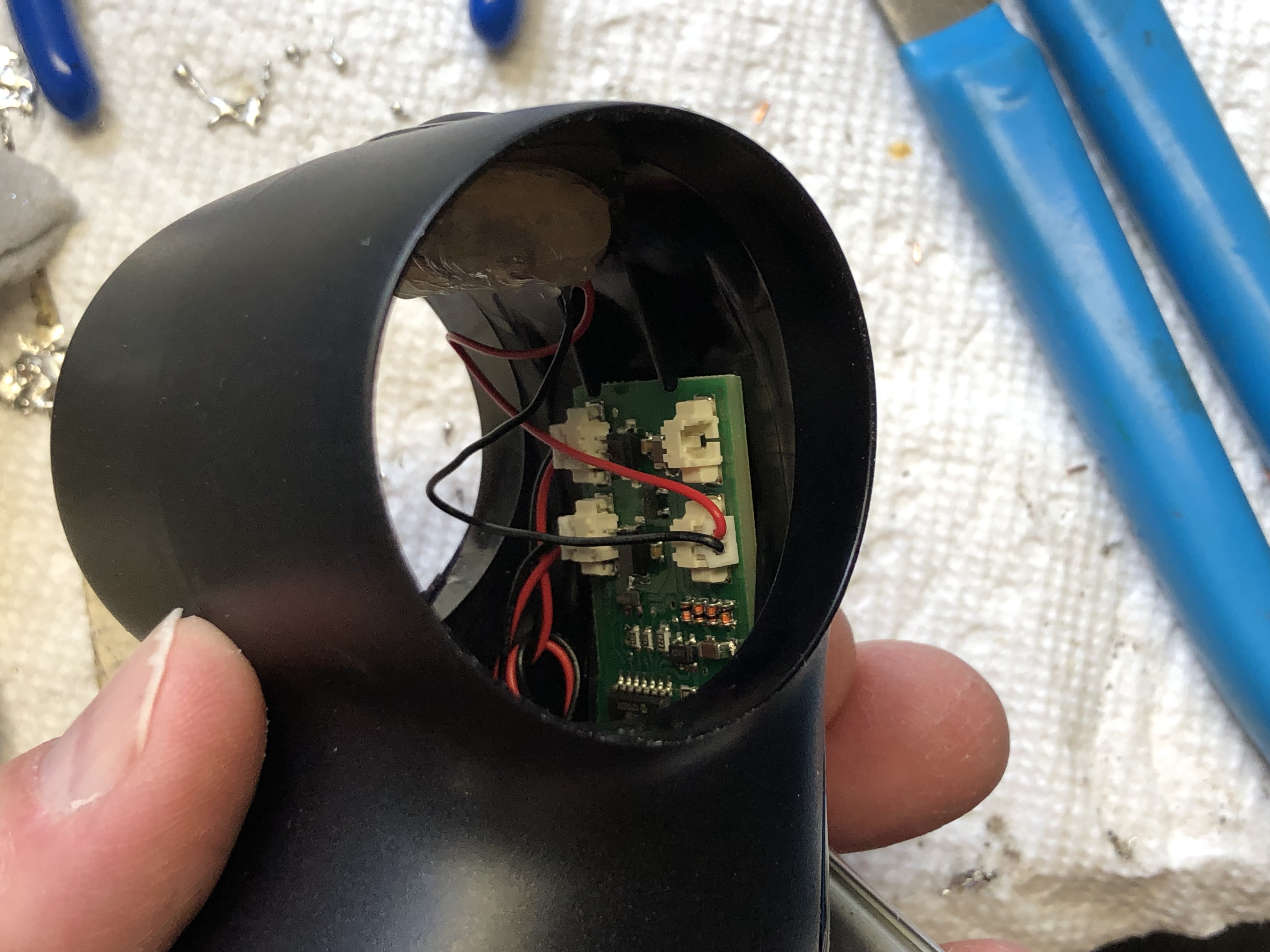 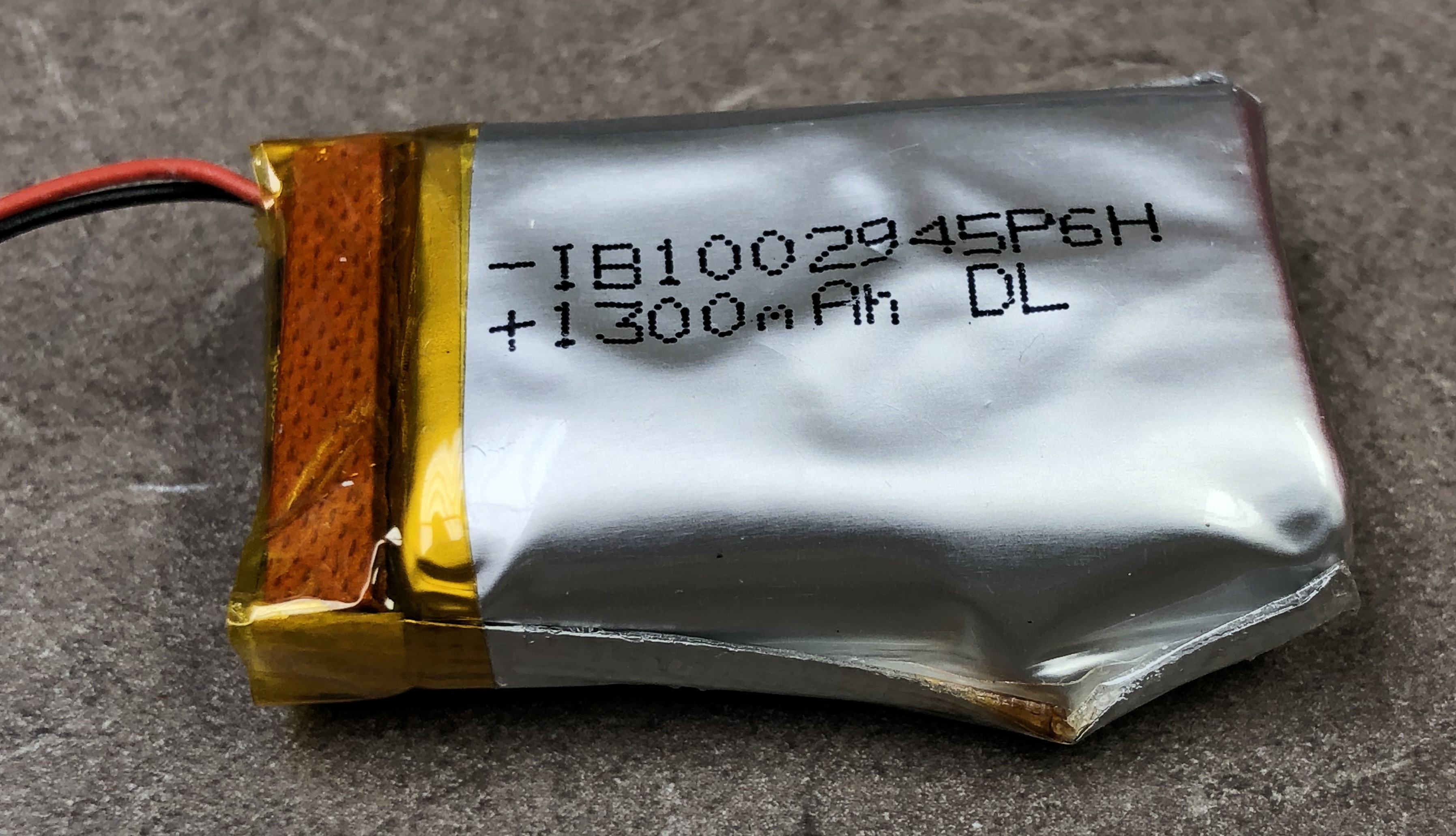 
Unfortunately, running the numbers on it through a search engine yields nothing. The charger is rated for 7.5v, so initially I thought I'd be looking for a 7.4v Li-ion battery, but nothing I could find at 7.4v looked to be the correct form factor.

What did look right was a 3.7v battery. I decided to roll the dice and get one. I bought this one via Amazon for $11:

Remember: a Li-ion battery with onboard BMS is required, which rules out a lot of the RC batteries available.

Other than the connector, the EEMB battery was perfect. It has a JST-PH (2.00 mm pitch) connector, which is too large; I cut off the original battery's smaller connector and soldered it to the new battery. 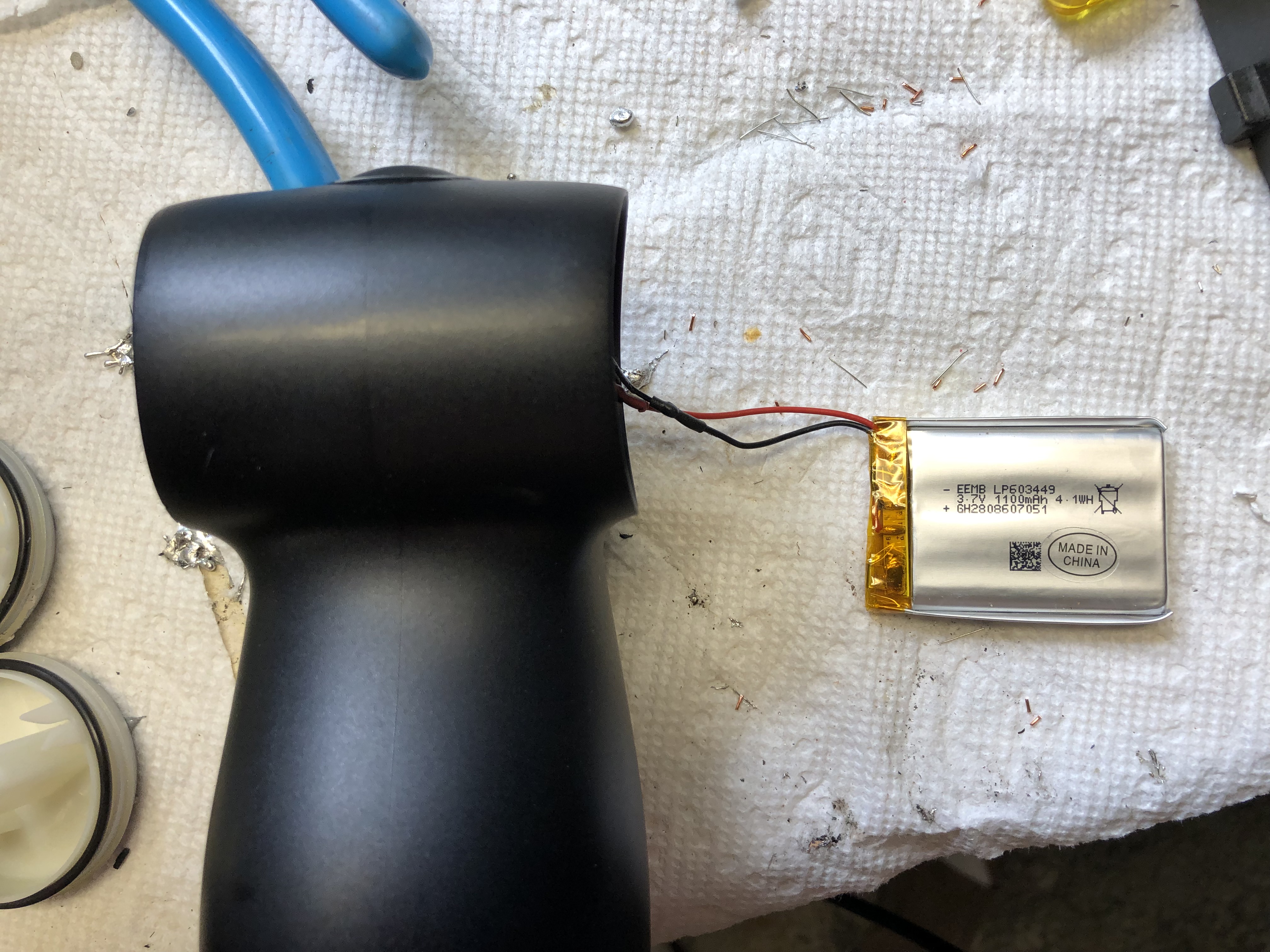 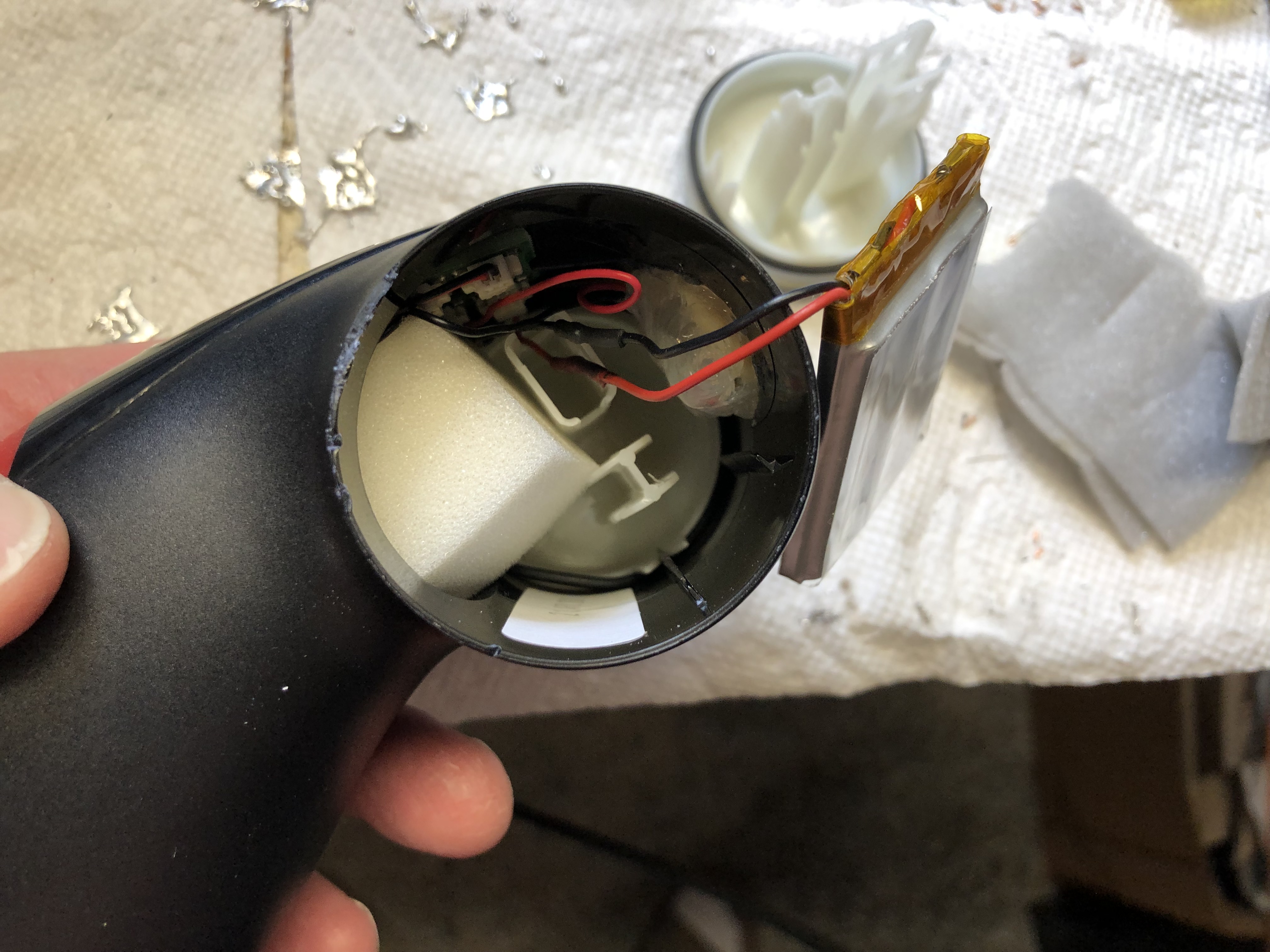 It seems to work and charge fine. I did not measure the smaller connector (I wish I had), but I hope this helps someone else resurrect an old Cobra Libre with a failed battery. These things are just too expensive to throw away.
Regards,
Al S.