Replacing an SD22 alternator with a LD28 alternator

Replacing an SD22 alternator with a LD28 alternator

I just got around to installing the LD28 rebuilt alternator I got from Al the other day and thought I would describe the process here okay I know this has been talked about a little bit already but I found one discrepancy installing one of these on the Nissan diesel truck, if you're going to use a LD28 alternator remember to get the vacuum pump that was originally on the LD28 alternator, otherwise if you're going to install the vacuum pump that came with your SP 22 alternator you're going to find out that it won't fit on the spline shaft without some modification, the LD28 alternator has a spline shaft that is 14 mm longer than the one on the SD22.
So you'll have to remove 14 mm of spline shaft from the LD28 alternator, a pretty simple operation if you have the right tools, I used a Yamamoto air operated die grinder with a falcon .035 thick high-speed fiber reinforced blade(check out the attached photos)if you've never used any of these, get some! They are the best cut off wheels I have ever seen and are made by falcon industries, really really long lasting, flexible and virtually indestructible, you can bend and stress them all over the place and they won't break and they're so thin! Only .035 of an inch thick, much thinner than most cut off blades, and they cut extremely fast,don't jam, don't load up at all and use less horsepower to turn them, took about 3 1/2 seconds to walk through that case hardened spline shaft, it's so fast it didn't even heat the shaft up, you could touch it right after you cut it, I know I'm running on about this a lot but they really are the best I've ever seen.
anyway check out the photos and what you have to do is pretty self explanatory, watch putting the vanes back in the pump, there is an eccentric lip on the base plate that helps push the vanes out against the pump body, if you have one of the vanes sitting on top of this raised edge the pump won't go together properly and you'll crush the edges of the vanes which are made out of phenolic, which is a high-pressure composite material that is used in the electronic industry a lot and found in most air tools as the air vanes, if you ever need one in a hurry you can probably buy some at a electronic supply house and cut your own.except for the shaft modification everything else was a direct bolt up, the pulley on the LD28 is a slightly larger diameter than the original one on the truck but my belt still fit it and it gave me a little more adjustment on my belt.

[later] PS.Okay the great and powerful Oz(Al Savage) has graciously configured the photos for this message, here they are: 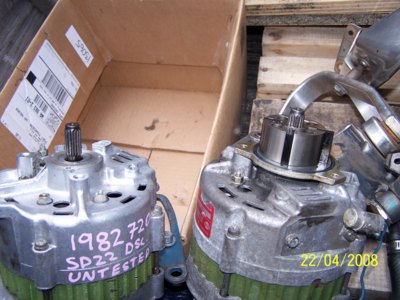 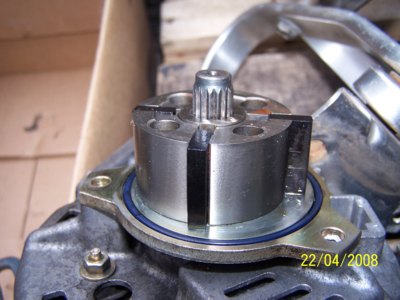 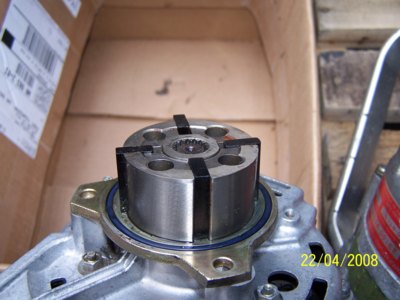 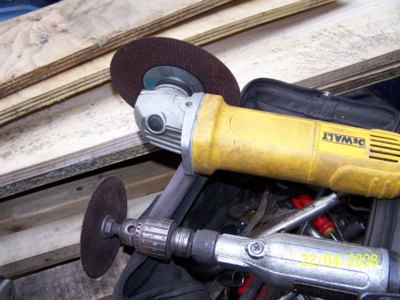 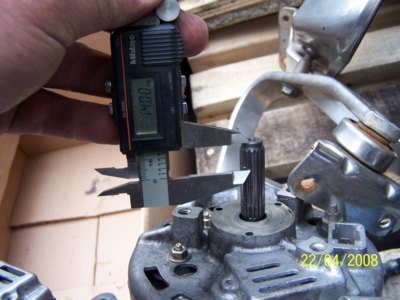 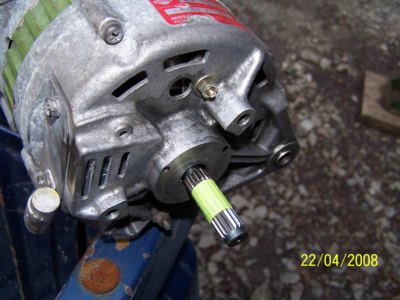 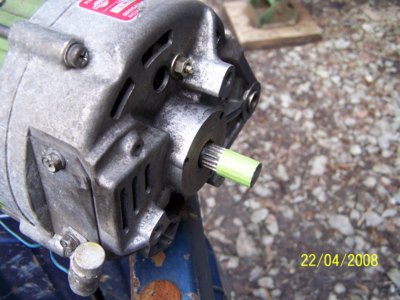 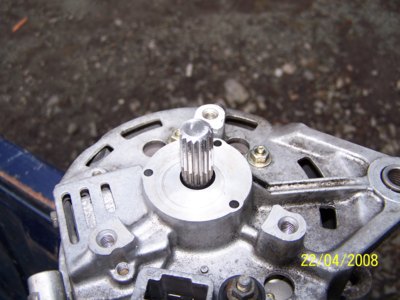 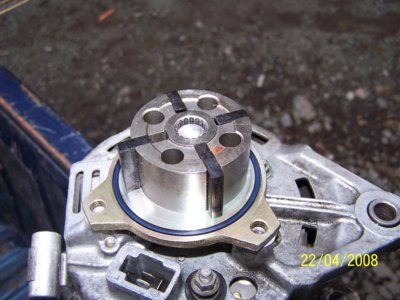 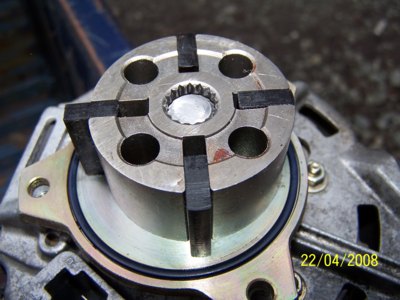 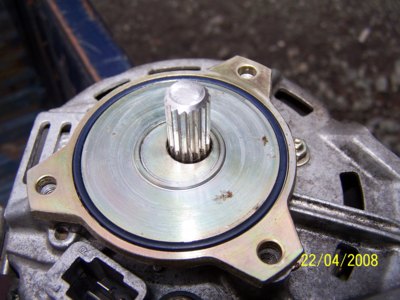 the last two photos show the raised ring that pushes the wipers out, the wipers are shown in their proper position for assembly.
Last edited by zoomsplatt 13 years ago, edited 1 time in total.
I was feeling depressed so I called lifeline, I got an exchange in Afghanistan, I told them I was suicidal they got all excited and asked if I could drive a truck:)
Top

10 More Amps,Pump is the same.
I was feeling depressed so I called lifeline, I got an exchange in Afghanistan, I told them I was suicidal they got all excited and asked if I could drive a truck:)
Top

What part Nos. do you want? The Hitachi No.? The Nissan No.?
Top

Click on each of the links to the threads above.

In each thread, the first or second picture each has the Nissan/Hitachi label. Both part Nos. are listed for each.
Top

I'm writing things down, saving messages, and printing things out. So i don't have to ask again. I have dug most of my info up the hard way, with no one to help me re engineer to solve problems. thank you so very much
SD22 in 86.5 Nissan K/C 4x4 scapped
Top

Found this today, here is the book mark.

It shows pictures, and part numbers of some higher amperage Hitachi alternators that have built in vacuum pumps on board. If we can find dimensions on these we might find another drop in upgrade to the LR160.
Regards,

The main problem with those alternators is that they are not available in the US. I think that's a pretty large drawback, even if they are 30% higher cap than the 60A Maxima LR160.
Regards,
Al S.